Siemens said it would also deploy its direct-current compact switchgear for the first time.

"The new gas-insulated switchgear for 320kV requires as much as 95% less space compared to the current air-insulated solutions. If they are used on an offshore platform, the size of the platform can thus be reduced by approximately 10%," Siemens said. 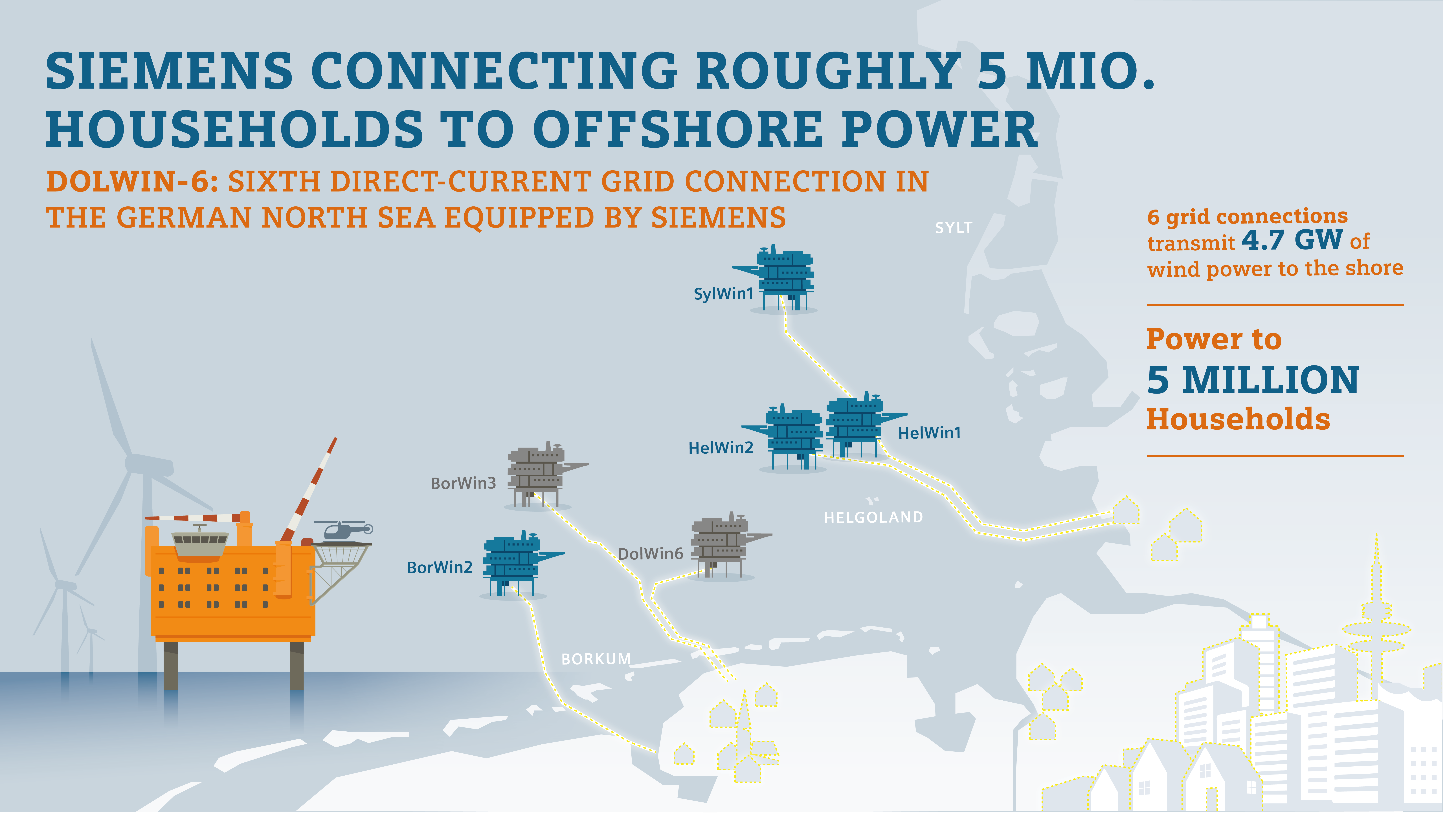 German offshore wind projects are competing for access to the DolWind6 system, but Dong Energy's Gode Wind 3 site has already secured a contract.

Commercial operation of the system is expected in 2023. Siemens said with this deal, it will have supplied six of the ten offshore direct-current connections in Germany.