The five 6MW Siemens Gamesa Renewable Energy (SGRE) offshore wind turbines are now "mated" with their foundations at a site in Norway, a little over seven weeks after the first turbine was completed.

Hywind Scotland is set to become the largest floating offshore project to-date when the machines are installed at the site 25km off the Peterhead coast, on the east of Scotland. First power is expected by the end of this year. 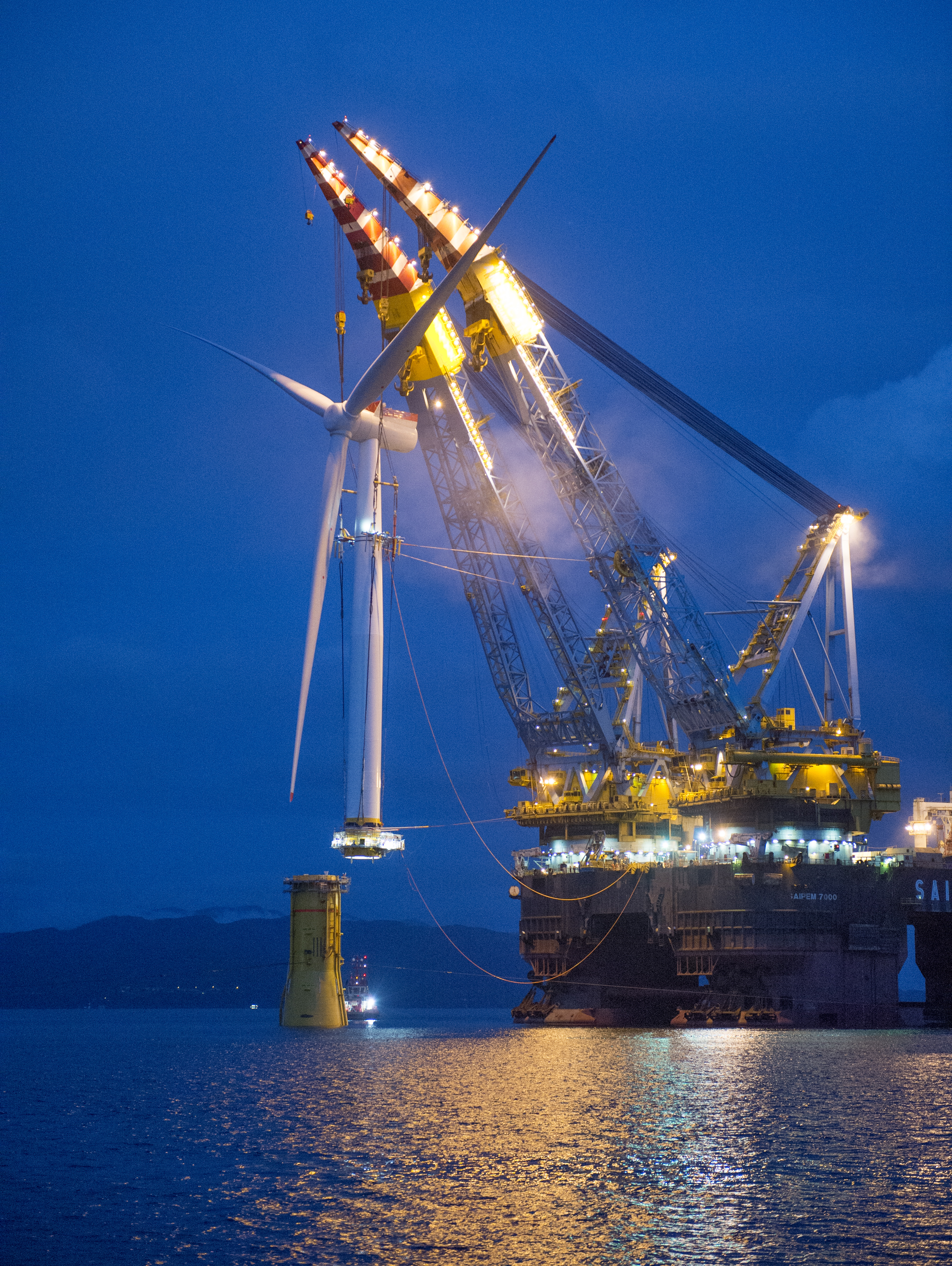 Siemens-Gamesa (then just Siemens) previously supplied turbines to the Hywind Demo site in Norway in 2009. As a result of that project, the manufacturer said it has developed controller algorithms for rotor pitch and yaw drive regulation.

The Hywind floating foundation is a spar-based design, made up of a steel cylinder filled with ballast. It extends approximately 80 metres below the surface and is attached to the seabed by a three-point mooring.

The overall structure is set to be 258 metres long – from spar-base to maximum blade tip height.

"Siemens Gamesa views the floating wind farm market area the same way as we did with offshore wind farms in the early beginning: it is a very interesting area that is initially a niche market. This niche may, however, develop over time into a large market. It is a niche in which we would like to build a strong position for this reason," said SGRE offshore CEO Michael Hannibal.