Blades from decommissioned wind turbines generally go to landfill, where they take many years to decompose. However, around 25 blades from Denmark's Vindeby offshore pilot project, currently being decommissioned, will soon be recycled as sound barriers along Danish roads.

The man behind the idea is Jakob W Nielsen, the founder of Miljoskaerm, which specialises in recycling fibreglass. One reason turbine blades are made of fibreglass is the material's ability to absorb noise, so sound barriers make a lot of sense.

"The recycled fibreglass material has a relatively high density compared to the mineral wool that is typically used in noise barriers. This improves the acoustic performance of the noise barrier significantly," Nielsen says.

In addition, Danish consultancy COWI found that using fibreglass to make the barriers resulted in a 60% reduction in CO2 emissions and 40% in energy consumption during the manufacturing process, compared with screens made of aluminium and mineral wool.

Dong Energy, which owns Vindeby, is keen to reuse and recycle as much as possible. "We are absolutely happy that the blades can be recycled," says Jens Nybo Jensen, Dong's senior communication adviser.

"But we also hope to inspire the recycling industry to see the potential in the growing volumes of recyclable fibreglass in the coming years."

Dating from 1991, Vindeby comprised 11 Bonus (now Siemens Gamesa) 450kW turbines fitted with what were then known as LM Glasfiber blades. At just 16 metres long and weighing around 1.2 tonnes, Nielsen estimates each blade will yield approximately 35 square metres of sound barrier. The screens will be installed at a site yet to be decided within the next 12 months. 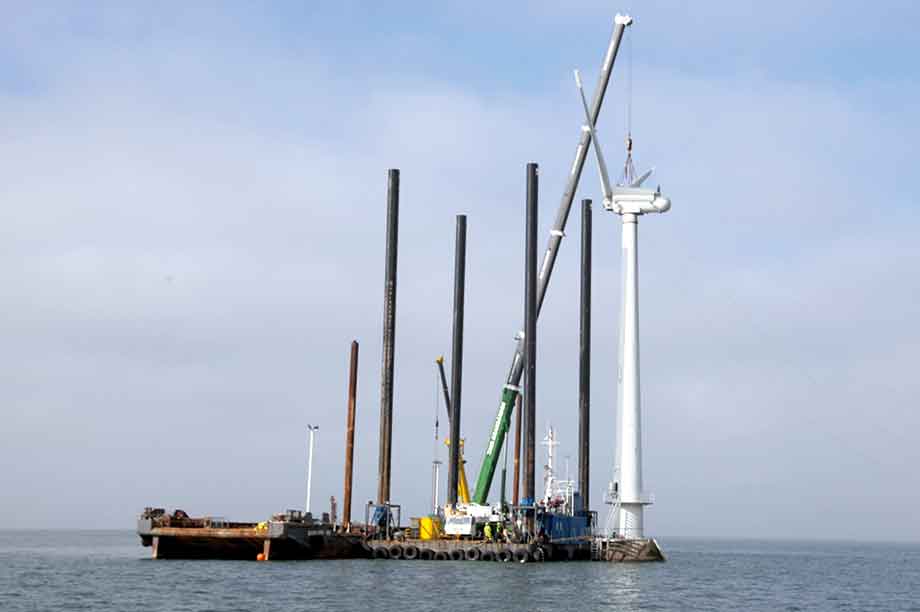