Innogy's 90MW phase of the project comprises 12 Enercon 7.5MW turbines — among the most powerful ever installed onshore at a commercial project.

The project was a repowering of a project completed in 1991, Innogy said, with the 200-metre high E126 turbines replacing 50 WindMaster 300kW turbines — offering a rare side-by-side comparison illustrating how far the industry has progressed.

"We built Zuidwester at a wind site that has a long tradition and has always placed great emphasis on pioneering spirit," said Innogy's chief operating officer of renewables, Hans Bunting.

"The first — and, for their time, most advanced — turbines already began turning here in the 1980s. Significant progress has been made since then.

"Thanks to enormous advances in this technology, wind turbines have developed into one of the most cost-effective means of generating electricity — something that is clearly shown by the results of the latest wind auctions," Bunting continued. 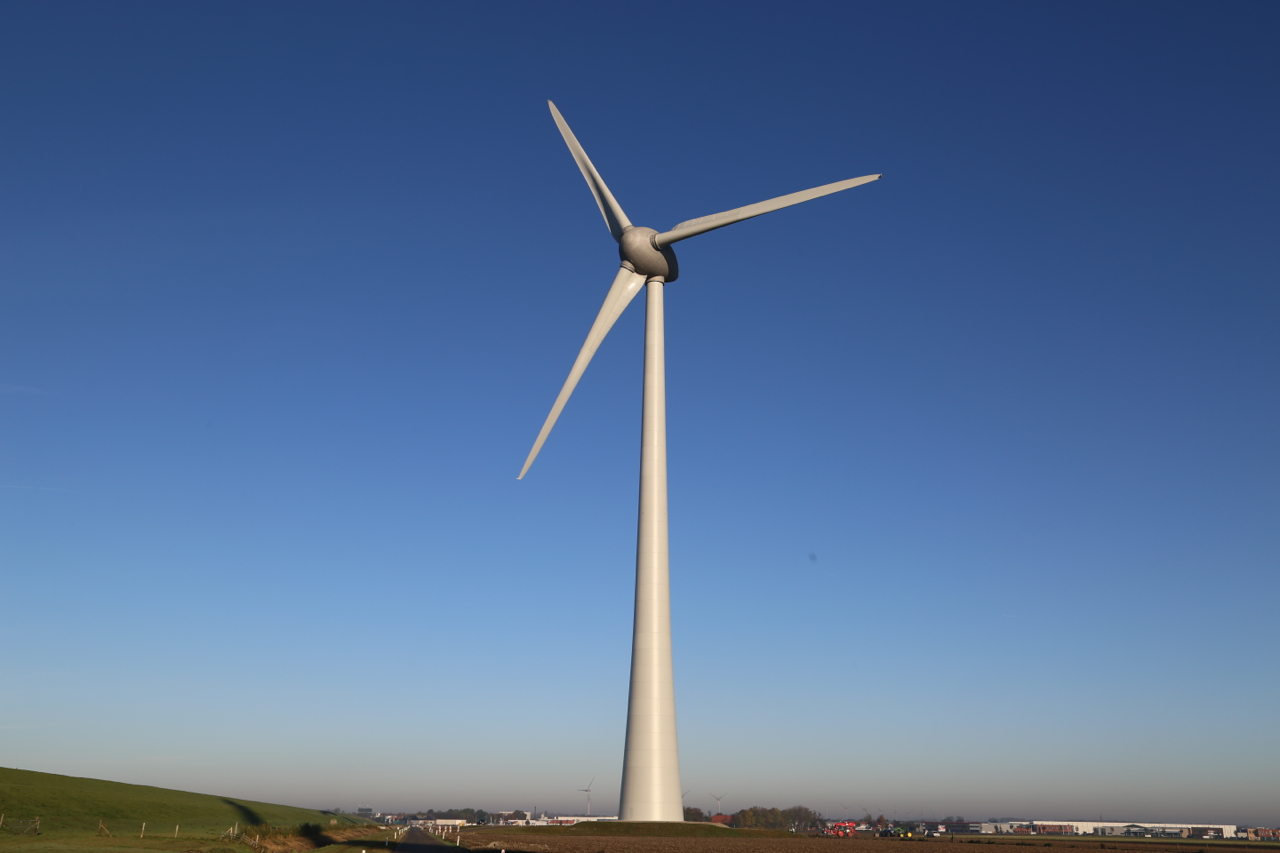 "That is why we are backing the continued expansion of wind energy and, in the process, making our contribution to the success of the European energy transition," Bunting added.

Enercon CEO Hans-Dieter Kettwig, added: "The Noordoostpolder wind energy project and its Zuidwester sub-project demonstrate that, with regard to restructuring of the energy system, renewables are pushing forward into large-scale industry dimensions and effectively use limited land resources."