One of the many pledges Donald Trump made on the presidential campaign trail was to pull the US out of the Paris climate agreement. We're now well past the symbolic 100-day milestone, but there is still no firm indication of when, or even whether, this will happen. 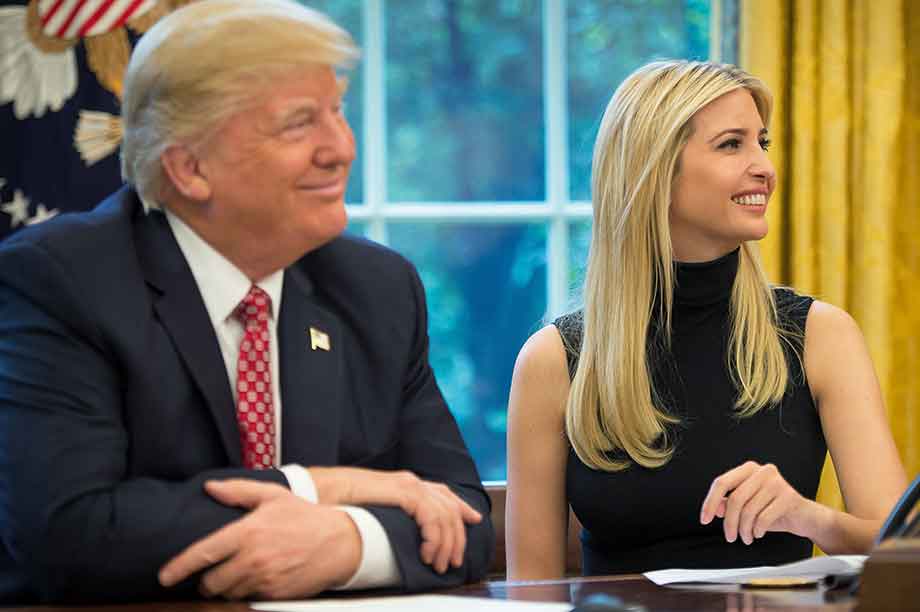 A meeting between Trump and his advisers scheduled for 9 May to decide on US policy towards Paris was postponed at the last moment. On 17 May Environment Protection Agency administrator Scott Pruitt said a decision would "probably" be made after the president returned from a G7 summit in Sicily on 26-27 May.

Opinions in the White House are sharply divided. Those in favour of the US backing out include EPA administrator Scott Pruitt, energy secretary Rick Perry and chief strategist Steve Bannon. Those arguing to stay in include defence secretary James Mattis - the Pentagon has been taking serously the dangers posed by climate change for years - and, perhaps most importantly, the president's daughter and aide, Ivanka Trump (right, with her father).

Where secretary of state Rex Tillerson, former CEO of oil giant ExxonMobil, stands on the issue is not entirely clear, though he recently signed an eight-nation commitment to protect the Arctic and extend scientific cooperation.

The big oil companies are showing no enthusiasm for withdrawal from the Paris agreement either. Shell, BP, Chevron and ExxonMobil all recently pledged their support for staying in. "We believe climate change is real," said Shell CEO Ben van Beurden. "We believe that the world needs to go through an energy transition to prevent a very significant rise in global temperatures. And we need to be part of the solution in making it happen."

The Lego Group, which owns a 25% stake in the Burbo Bank Extension offshore project, has taken a Guinness World Records title for the largest wind turbine made from its play bricks. It stands 7.5 metres tall, and required 146,000 bricks to complete.

You can watch a timelapse video of it being constructed on the firm's website.

17.8m/s The average wind speed at Port Martin, Antarctica, on at least 100 days each year, making it the windiest place on the planet

4 Number of top 20 countries in terms of wind capacity that saw above-average wind speeds in 2016 - Brazil, Mexico, Australia and Portugal

-1.7% Degree by which global wind speeds in 2016 were down on the annual average

"It cannot be in the US's interests to put itself offside for such an important debate. We all want the US to have a strong voice at all tables around the world. Pulling out of Paris is incompatible with that"