The trade body said "cyclical and political related slowdowns" in key markets such as China, Brazil, Mexico, South Africa and Canada meant the industry failed to match its 63.6GW+ total from 2015.

GWEC said China was strill struggling with curtailment, which increased to 17% last year, from 15% in 2015.

"On-going curtailment of electricity generation is a challenge for wind power projects. However, the NEA and State Grid are working to solve the transmission bottlenecks and other grid issues, and the situation is expected to improve," GWEC said.

Political and economic crises in Brazil, a standoff between utility provider Eskom and developers in South Africa, and market reforms in Mexico also affected the global additions. 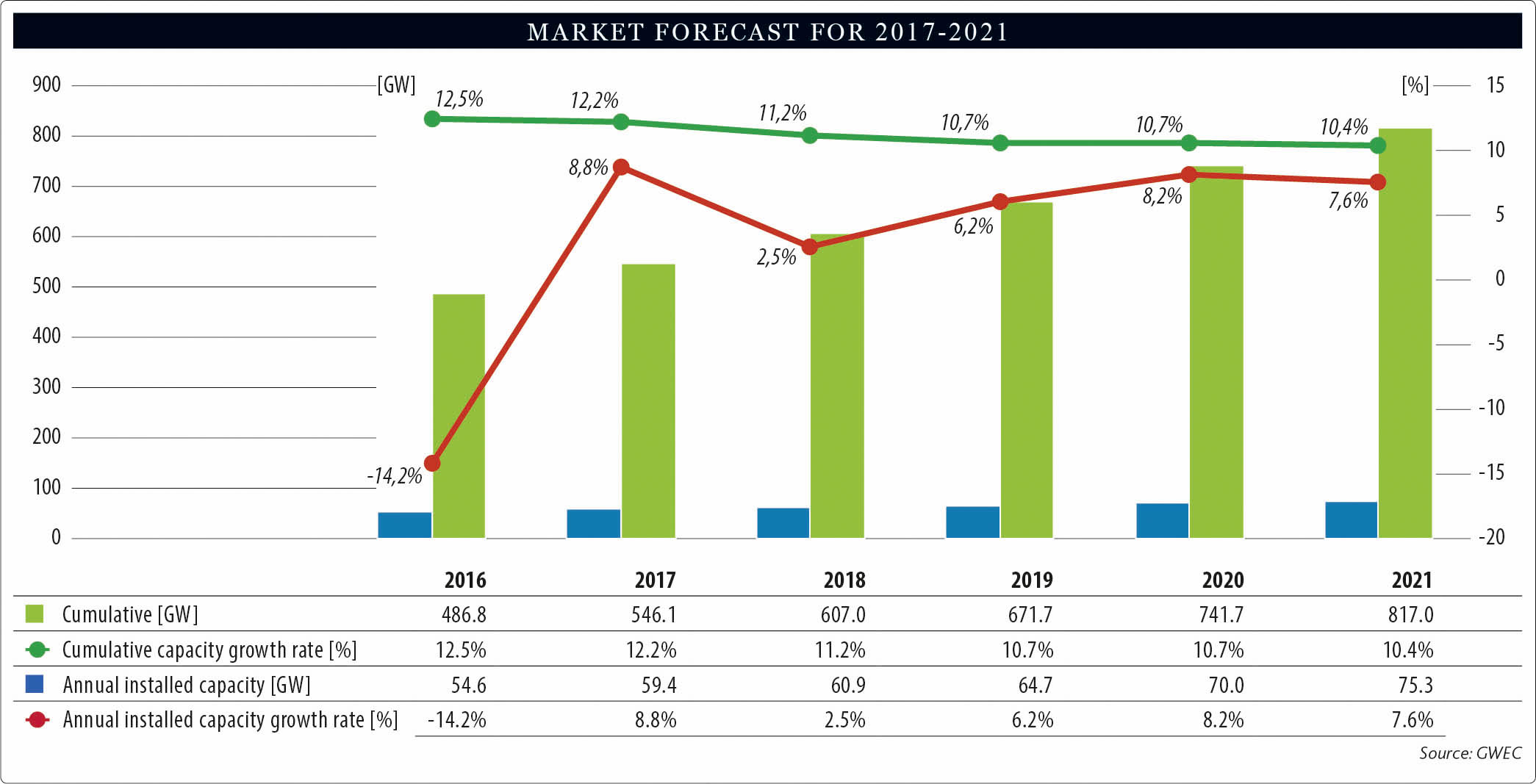 Despite the fall, GWEC remained confident the industry would rebound in 2017.

"GWEC's rolling five year forecast sees almost 60GW of new wind installations in 2017, rising to an annual market of about 75GW by 2021, to bring cumulative installed capacity of over 80 GW by the end of 2021," the organisation said.

"Wind power is a mature technology, with proven reliability and cost competitiveness across an ever-increasing number of markets today," the report concluded.

"We have a lot of confidence in the wind power market going forward, as the technology continues to improve, prices continue to go down and the call for clean, renewable power to reduce emissions, clean our air and create new jobs and new industries only gets stronger with each passing year," said GWEC general secretary Steve Sawyer.