Taken on 25 January 2016 by BelAir Aviation from a series of images, the photograph shows a rare phenomenon that gives scientists a peek into the physical process occurring in the atmosphere.

It harks back to similar images taken at sister project Horns Rev 1 in 2008, when low-cloud levels were affected by the turbine turbulence.

The wind speed measured at the time of the photo was estimated at 10-13m/s. A paper by scientists at the Technical University of Denmark concluded the photographs are the first visually recorded examples of a drying process caused by the project, which is why the turbines towards the back of the pictures are not shrouded in fog.

The turbines have a hub height of approximately 68 metres above sea level. 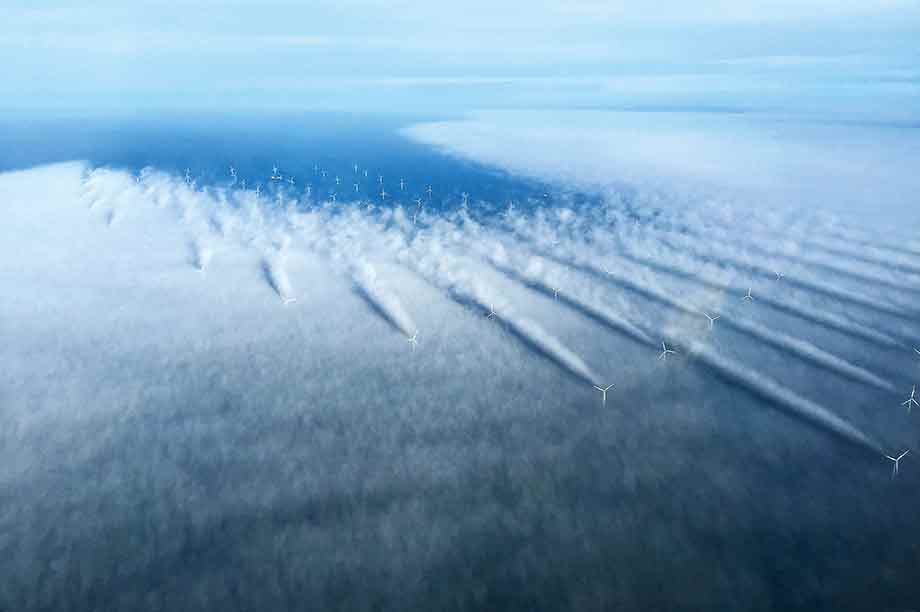