Together, the two firms will investigates sites around Ireland to develop potential projects to use Ideol's 'dampening pool' semi-submersible platform.

"Ideol's floating foundation technology opens up the prospect of creating an enduring, sustainable indigenous industry along the west coast, and provides Ireland with the opportunity to rebalance available job opportunities while creating a significant energy hub in western towns and ports.

"A fully commercial-scale offshore project of 500MW capacity based on Ideol's technology has the potential to create up to 2,500 construction jobs, with a further 200 in maintenance," McGrath added.

Ireland's offshore sector has struggled to date. Currently, there is only one commercial project in operation; the 25.2MW Arklow Bank site completed in 2004.

Gaelectic is involved in developing the 15MW North Irish Sea Array 22km off Ireland's north-east coast. The project was announced in July 2015.

In September 2015, the National Offshore Wind Association of Ireland (NOW Ireland) said the country risks missing its 2020 targets due to the slow development of its offshore power. 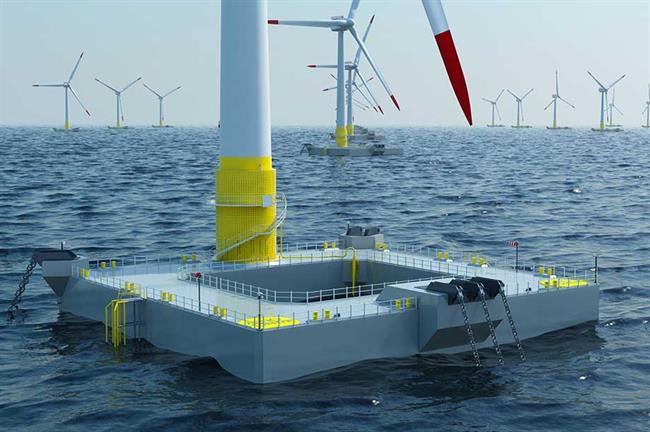 Ideol's platform design is set for use in a number of offshore markets, including Japan, France and the UK.

In late January, Ideol announced a partnership with Atlantis Energy to develop 1.5GW of floating projects in the UK.

Ideol is currently building a demonstrator platform for the Floatgen project in France.

"During the initial phase of our collaboration with Gaelectric we intend to take full advantage of our unique ability to be installed at depths as shallow as 30 metres.

"This 30MW-plus project will complement the insights and data we will be accumulating from our French and Japanese demonstration and pre-commercial projects and pave the way for our commercial-scale projects," Ideol CEO Paul de la Guerviere said.