We really should stop being surprised by Donald Trump’s words and deeds. But his choice of former Texas governor Rick Perry (pictured) to head the US’s Department of Energy was still enough to raise eyebrows and drop jaws.

Perry is, after all, the man who campaigned for the 2012 Republican presidential nomination with a pledge to scrap the department altogether. However, his run came to an ignominious end when he forgot the name of the department during a TV debate.

Like Scott Pruitt, Trump’s pick to lead the Environment Protection Agency, and Rex Tillerson, the Exxon Mobil CEO who has been nominated for secretary of state, Perry is an oil-drilling advocate and climate change sceptic.

However, he is also the man who, during his 14 years as Texas governor, oversaw a boom in the state’s wind power. Texas is now getting close to having 20GW of installed wind capacity, roughly three times the amount of Iowa, the second-largest wind state in the US.

On the other hand, Texas produces three times as much crude oil as any other state and is the US’s runaway leader in terms of total CO2 emissions. 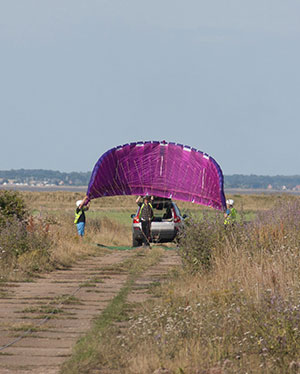 Royal Dutch Shell, the world’s largest oil company, has been making wind-power headlines of late. It led the consortium that won the Borssele III/IV offshore tender in the Netherlands with a record low bid of €54.50/MWh.

It has also invested €6 million in Kite Power Systems, a UK firm developing wind power from high-altitude kites. The investment will finance a 500kW test facility in Scotland, expected to start operating in late 2017.

We were rather sceptical of Shell’s decision to set up a division to invest in renewables and low-carbon energy, as its previous enthusiasm for green energy rapidly fell away when oil prices rose. Will it stay the course this time?

2.6GW Amount of wind and solar energy that Google has committed to buying, which, it points out, is more than twice as much as the 1.21GW required to transport Marty McFly and his DeLorean car into the 1950s in Back to the Future (Google)

40 million Number of Christmas turkeys that could have been cooked, together with the boiling of 3.4 billion kettles of water, from the output of the 9.2MW Delabole wind farm in Cornwall, England, which celebrated 25 years of wind-power production on 21 December 2016 (Good Energy)

"The financial markets are fast losing faith in the investment case for fossil fuels. A technological revolution is under way. Financial market regulators stand ready to move from rhetoric to tough action on climate risk management