Respondents of the Power-Gen Confidence Index survey, were asked to rank, on a scale, from "unimportant" to "vital", a list of 24 technologies and issues.

The majority of the 833 respondents — just under 40% — spanning utilities, energy companies, and their suppliers, from across Europe, consistently identified energy storage as 'vital', followed by managing the risk of power blackouts, both in 10 and 20 years' time.

However, despite this overwhelming acknowledgement of the significance energy storage is expected to play in the European energy sector's future, only 26% of respondents said they were 'very confident' in the industry's ability as a whole to implement and apply this form of technology. 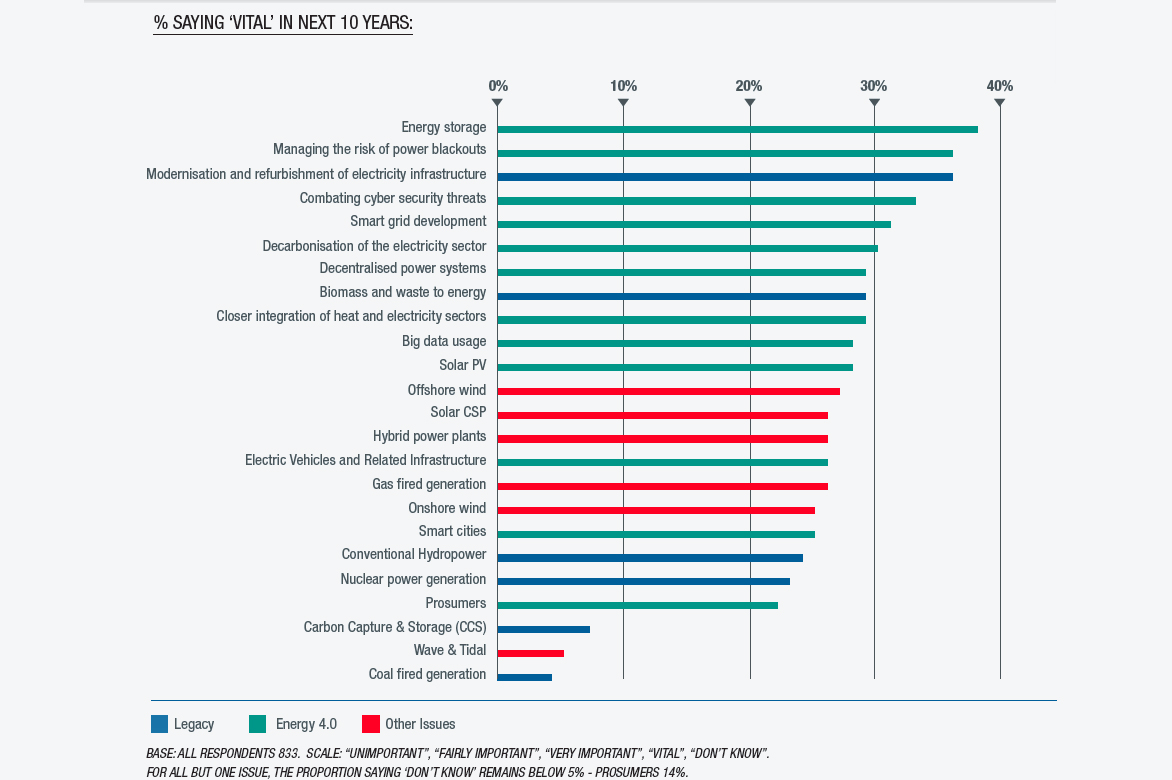 Pennwell's Nigel Blackaby, who contributed to the report, said: "Since the survey was compiled back in mid-2016, the EU Winter Package was published.

"The package includes measures to provide more clarity on energy storage, and this may start to help to improve the confidence of the sector in energy storage and its deployment."

Grid balancing applications have created much of the demand for energy storage to date.

However, many energy storage developers expect demand for longer duration and more energy-intensive applications to gain in traction from 2017 onwards, as the costs of the technology — particularly lithium ion battery storage — continue to come down.

According to Anthony Price, director of the Electricity Storage Network in the UK, developers and other users will appreciate the value of the addition capacity that energy storage can provide, at a relatively marginal cost, ensuring the technology becomes more prevalent in the capacity market.

Over the next 10 and 20 years, coal fired generation is lowest on the list in terms of respondents' views of it being vitally important, nuclear power is also relative low.