Please refresh this page to stay up-to-date with the latest from WindEnergy Hamburg.

19.00 German manufacturer Senvion has won a contract to supply turbines to the 203MW Trianel Borkum II project in the North Sea.

A total of 32 6.2MW turbines will be installed at the site, 45km off the German coast.

"We appreciate the confidence that the project-consortium Trianel shows in our turbines. This contract confirms that we are setting standards in the cost-effective generation of offshore wind energy and we will further consolidate our strong position in the offshore wind-energy market with the Senvion 6.2M152," said Senvion CEO Jurgen Geissinger.

A final investment decision is expected in 2017, with a proposed construction date of 2018.

16.24 Siemens has presented a thermal storage system for wind power that it expects to begin testing in spring 2017.

Excess wind energy is converted to heat in rock fill, stored and protected with an insulated cover. A steam turbine then converts the heat back to electricity when required.

A full-size demonstrator of the FES (Future Energy Solution) will store around 36MWh of energy in a container with around 2,000 cubic metres of rock. 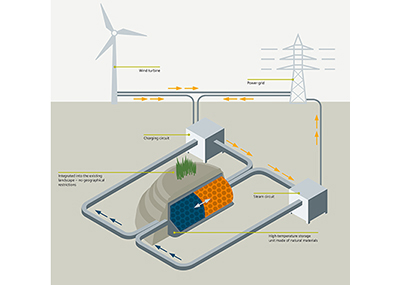 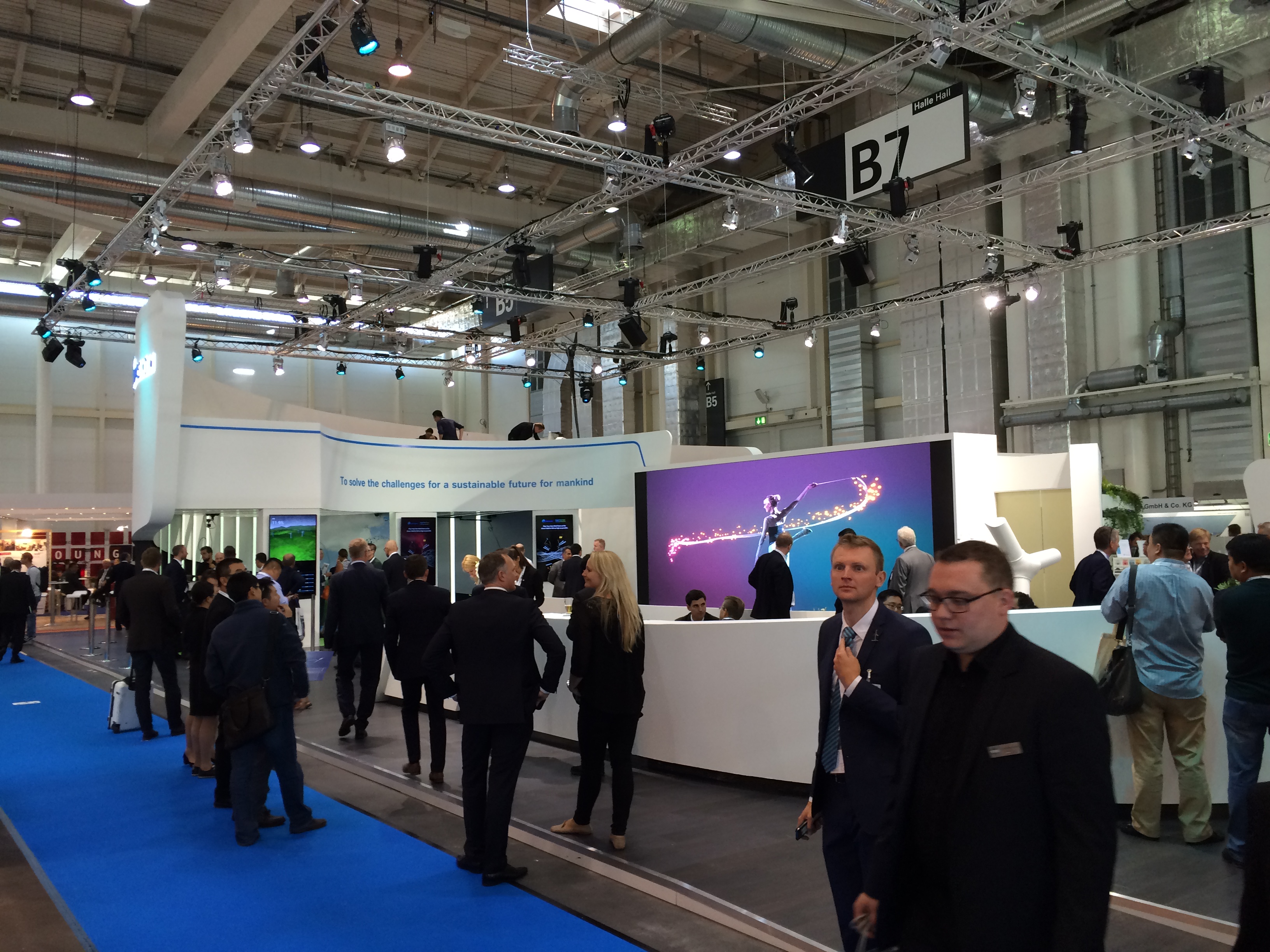 Chinese manufacturer Envision Energy has the biggest stand at the show.

14.48: Siemens has unveiled a new generation of its its aerodynamic blade add-on, the DinoTail.

Inspired by the trailing edge of an owl’s wing, the device reduces operational noise.

The new generation design features vortex generators on the blade surfact, and a combination of serrations and combs on the trailing edge.

"In our wind tunnel measurements and field tests, the combed teeth showed a substantial reduction in wind turbine noise at all wind speeds," said Siemens.

14.25: Some facts and figures from the organisers of WindEnergy Hamburg 2016 and WindEurope Summit.

This year's event has attracted 1,436 exhibitors from 34 countries. They are filling nine exhibition halls with a total floor space of 65,000 square metres.

More than 300 speakers will feature in the conference programme throughout the week.

13.57: Germany’s federal economy minister Sigmar Gabriel has expressed concerns over the slow rate of progress in repowering across the country.

Gabriel said that repowering would help to reduce public oppostion to onshore wind as new turbines are quieter and could be built further from housing .

There needs to be more discussion between government and the wind industry over how to counter growing opposition to onshore wind, he said.

Repowering on Italy’s best sites would increase energy production by 30-40% with only one-third of the number of turbines, said Bettonte.

The industry must continue to lower costs and, in Europe especially, ensure that the rate of new installations does not fall further, he said.

MEP Claude Turmes weighed into the big energy companies and the European Commission for their failure to deliver renewables on the scale required to combat climate change.

The NIMBY (not in my back yard) problem at an individual citizen level is not as bad as the NIMC (not in my country) problem, he said, as exemplified by Spain’s big three power companies, Enel in Italy, EDF in France, and the coal industry in Poland.

Check out the screens around #WindEnergyHamburg to see the latest happenings - and me #wpmtv pic.twitter.com/wU1qmPxCMy

12.13: WindEurope has called for the 2030 target of final energy consumption be be raised from 27% to 30% in its new report, launched at Hamburg

The report says that only seven of the EU's 28 member states have plans in place for energy and climate policies after 2020.

11.58: GE Renewable Energy has won a contract to supply turbines to the 50MW Tire project in Izmir, western Turkey.

Nine 3.2MW and 13 1.7MW turbines will be installed at the Turkerler Holding project.

"It is just the beginning," he said.

10.25: SKF is launching new "spherical roller bearings" for turbine shafts, the company has announced. The 'self-aligning' bearings are expected to meet 25-year service life, according to SFK.

"Features not needed in this sector, such as the ability to handle speeds up to 600 r/min, have been eliminated to focus on those that are, including improved radial and axial robustness," the firm said.

"By extending our product portfolio with this new variant, Senvion is taking another step towards tailor-made solutions for our customers. The upgrade to medium wind speed sites will open additional sites where our customer can apply this top of the line technology product. The 140 meter rotor diameter and the upgrade to 3.6 megawatts will allow additional output at the same site," he added.

09.45: Speaking at the opening session of the WindEurope summit in Hamburg, the European Commission's vice president for Energy Union, Maros Sefcovic, told delegates "We [in Europe] have been pioneers in renewable energy".

Sefcovic said the new EU legislation to be brought in following the climate agreement in Paris last year would encourange national plans. Member states would "have homework" to do, he said, adding "there is no way back" from the COP21 agreement.

08.39: Some news already, this morning; MHI Vestas is named as the preferred supplier for the 252MW Deutsche Bucht offshore wind project in the German North Sea.

Approximately 30 V164 turbines are set to be installed at the site.

Stay tuned for the opening session of the conference, where the European Commission vice-president of the energy union Maros Sefcovic will be addressing delegates.