This configuration has been used in 500 other 3MW-platform turbines with total heights reaching 200 metres, Nordex added.

Construction firm Max Bogl was responsible for manufacturing the hybrid tower from its German facilities.

The turbine is installed at the Hausbay-Bickenbach project, 100km west of Frankfurt in Rhineland-Palatinate, southwest Germany. 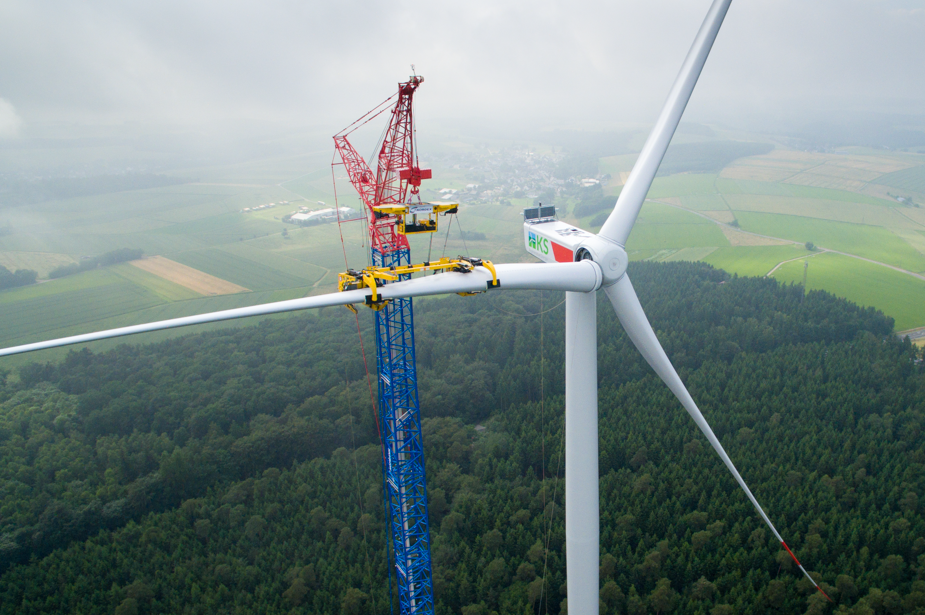 Nordex claims the 164-metre tower is the tallest yet to be installed on a wind project.

Rival Vestas introduced its large-diameter steel tower in 2015, which is in operation at a 140-metre hub height.

With the unveiling of its V136 turbine, Vestas announced it would offer the 3.45MW turbine at 132 metres and 149 metres with the LDST.

US manufacturer GE offers its Space Frame tower with its 2.5MW and 2.75MW turbines for hub heights of 139 metres.

And Indian OEM Suzlon is currently trialling a 120-metre tubular and lattice style hybrid tower for its S111 2.1MW turbine.

K2 Management CEO Henrik Stamer said: "170-metre towers could become a common sight in the near future in markets like the US and Germany as part of a new renewable skyline.

"We expect to see more of these mega designs as we help our clients get the most out of their wind projects," he added.