What are we to make of the decision by Shell, the world's largest oil company, to establish a separate division to invest in renewable and low-carbon energy? Should we break out the champagne to celebrate a milestone in the shift away from fossil fuels towards clean energy? Or look a bit closer at what the Anglo-Dutch group is proposing?

The new energies division brings together Shell's existing activities in hydrogen, biofuels and electricity, which will be used as a foundation for a drive into wind power. So far, so good. The division has $1.7 billion of capital investment attached to it, and an annual capital expenditure of $200 million.

But, compare that with the $30 billion it pumps into oil and gas each year. Put it this way, for every $100 the company invests, only 67 cents is going into clean energy.

And we've been here before, haven't we? Shell dabbled in renewables the last time the price of oil was on the floor. It still holds interests in wind projects in North America and Europe but stopped investing in wind and solar in 2009 when the price recovered.

107 hours Length of unbroken time that Portugal supplied all its electricity from renewable sources - wind, solar and hydro - from 6.45am on 7 May to 5.45pm on 11 May (Portugal National Energy Network)

12.5 hours Length of time that coal-fired electricity delivered no power at all to the UK grid over 9-10 May. It marked the first time for 134 years that coal contributed nothing to Britain's electricity generation (Carbon Brief)

82% Proportion of demand for electricity in Germany supplied by renewables sources at its peak on the afternoon of 15 May. The renewables contribution created negative wholesale prices for some 15-minute periods (Agora Energiewende) 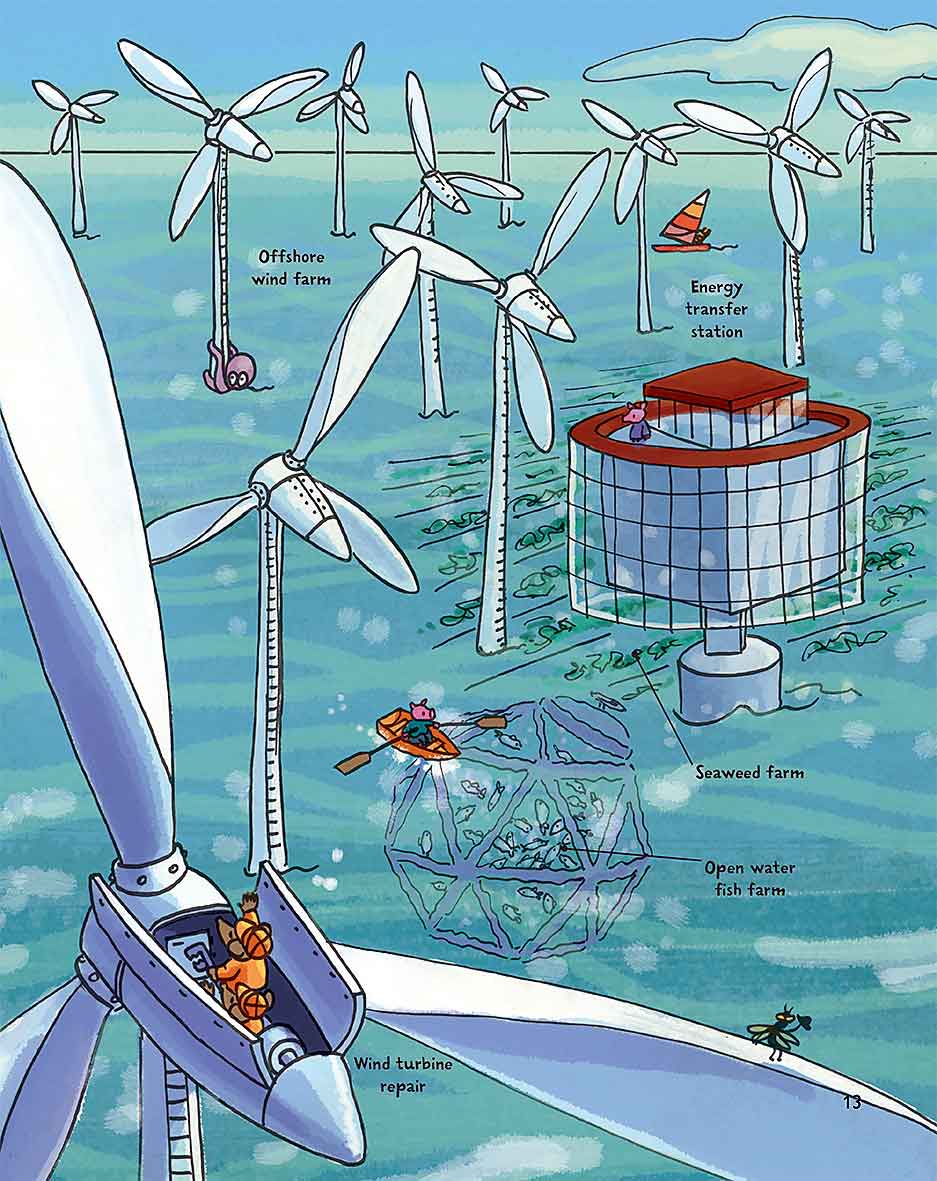 It's never too early to introduce youngsters to the world of sustainable energy, reasons Kids Future Press with the launch of its first title, Bicycles, Airships and Things That Go.

Aimed at three to eight-year-olds, the book follows a family trip to a science centre using sustainable transport and through a landscape powered entirely by renewable energy. Mum is the creative force in this world, being an inventor. Dad is a wind-turbine mechanic...

Written by Bernie McAllister and illustrated by John Aardema, you can get it from the usual online stores.

"We need a government that understands our collective economic future is clean and green, or it is no future at all. As one of sunniest and windiest countries in the world, Australia can lead the transition to a clean energy powered future"

Richard Di Natale, leader of Australia's Green Party. The country goes to the polls for a general election on 2 July