Deals in India totalled 428MW, according to data from Windpower Intelligence, the research division of Windpower Monthly.

It is India's highest monthly amount compared with every month of 2015, showing the market is really picking up.

India has become an attractive investment market with strong support for wind power. In October, the government announced it is targeting 60GW of capacity by 2022 as part of the COP21 climate pledge. It currently has a little over 25.5GW installed.

India moved up to third behind the US and China in Ernst and Young's renewable energy investment attractiveness index in September 2015.

German manufacturer Senvion announced in February 2016 it was setting up an Indian subsidiary to offer its turbines to the market. A new entrant in India shows the market has confidence there.

Senvion will go head-to-head in the market with domestic supplier and former owner Suzlon as well as Inox Wind and Spanish manufacturer Gamesa. 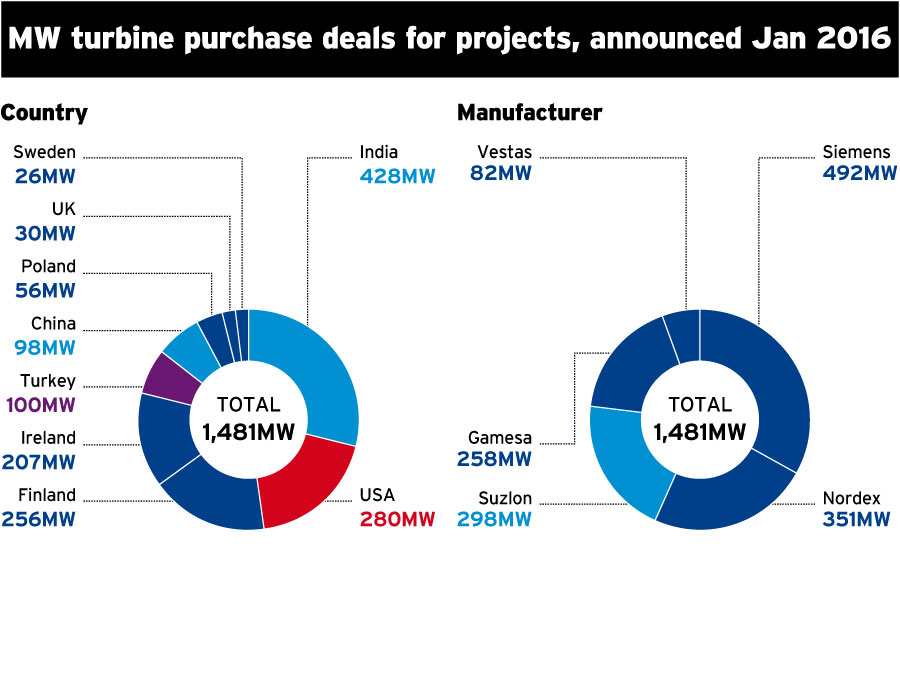 Suzlon and Gamesa picked up large orders in India in January. Suzlon was awarded a 197.4MW turnkey deal by Ostro Energy to supply the Anantapur project in Andhra Pradesh.

January was also a strong month for turbine deals in Finland and Ireland. Contracts totalled 256MW and 207MW respectively, 46% (212MW) of which was awarded Siemens.

The German manufacturer won a 108MW deal from SSE to supply the second phase of Galway Wind Park in west Ireland. This deal follows on from an order placed in July by SSE for Siemens to supply the 66MW first phase, using its SWT-3.0-101 D3 model.

Siemens also won a 280MW deal to supply the Western Plains site for Westar Energy and Infinity Wind Power in Kansas, US.

It was a quieter month for Vestas, winning contracts in Sweden (26MW) and Poland (56MW).

Over the past year, the UK has recorded the largest amount of turbine deals, thanks largely to its offshore sector. And with the huge Hornsea, East Anglia and Dogger Bank offshore zones progressing, it should remain near the top for some time, despite the negative onshore policy changes there.

The US remains second with over 4GW of deals agreed in the last 12 months. With the five-year phase out of the PTC, the US market is hopeful it has exited the boom-and-bust cycle that has hampered its industry, and the long-term visibility will be welcomed by all. 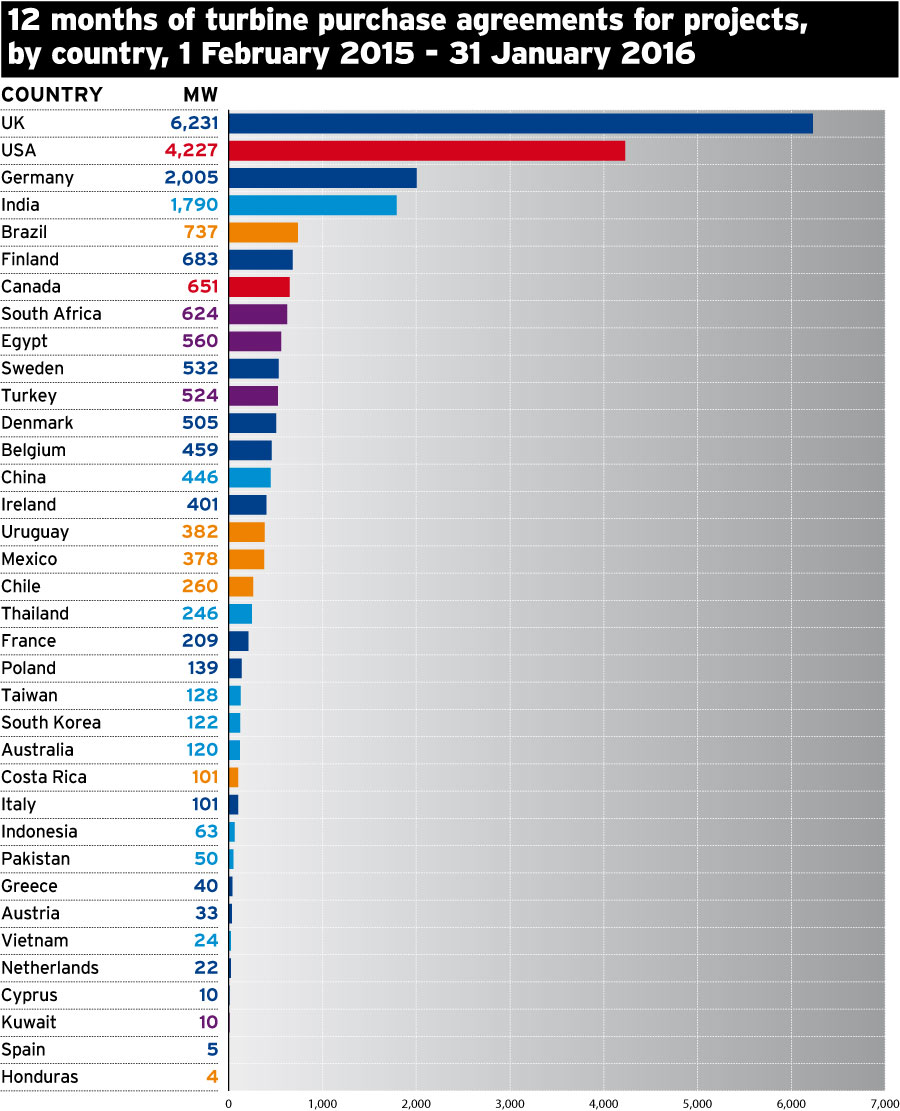 Long term, Germany may be hindered by the cap on offshore capacity included in its 2014 Renewable Energy Act, but its onshore market is likely to keep the country high on the list of turbine deals.

India then will be looking to break the top three on the back of positive policy changes.