The latest figures from the American Wind Energy Association (AWEA) show the surge of installations in the final quarter helped boost the year's added wind capacity to 77% more than in 2014.

Indeed, the capacity added in just the final quarter of 2015 was higher than all of 2014 combined.

US installed wind capacity now stands at 74.5GW with 40 out of 50 US states now having commercial scale projects — this increased when the first project in Connecticut was completed. BNE Energy's 5MW Colebrook South project comprises two GE turbines.

The rapid growth of US wind capacity is set to continue, with 9.4GW under construction at the start of this year.

With the additional boost of a five-year extension to the PTC coming at the end of 2015, the days of the US's boom-and-bust cycle could now be behind the wind industry.

"The time has never been better for states and utilities to lock in low-cost, stably-priced wind energy to achieve their Clean Power Plan carbon reductions. Wind energy is on track to supplying 20% of the country's electricity by 2030," said AWEA CEO Tom Kiernan. 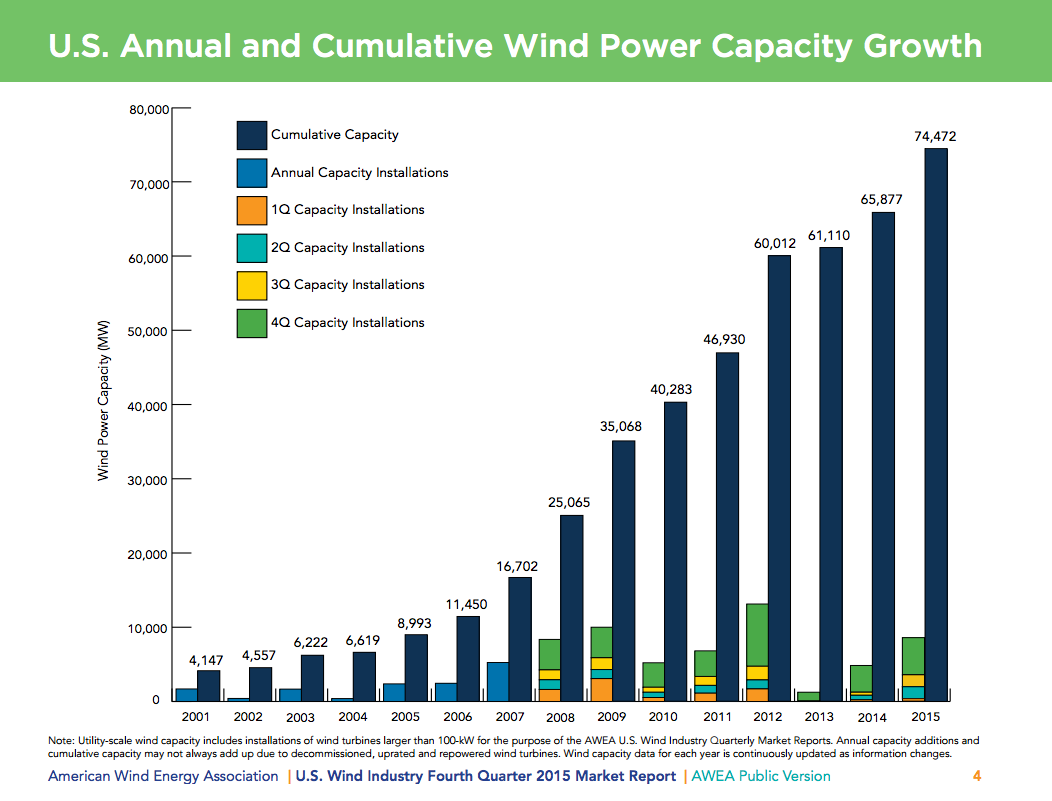 The state is huge geographically, and the Panhandle — where much of its wind projects are located — is part of the wind-swept Great Plains.

Texas also has new transmission: its CREZ lines, completed in 2014, can deliver 18.5GW of wind.

Only Texas has more wind capacity than Iowa’s 6,000MW-plus, and Oklahoma now has more than 5,000MW. Vast swathes of Oklahoma and Kansas are in the Great Plains, which are ideal for wind power projects, and Oklahoma had a ‘renewable energy goal’ of 15% by 2015.

Iowa is a wind energy pioneer — it has some of the oldest wind projects in the US, and the highest penetration of wind on its grid. The state is also home to MidAmerican Energy, which owns more wind capacity than any other US rate-regulated utility. 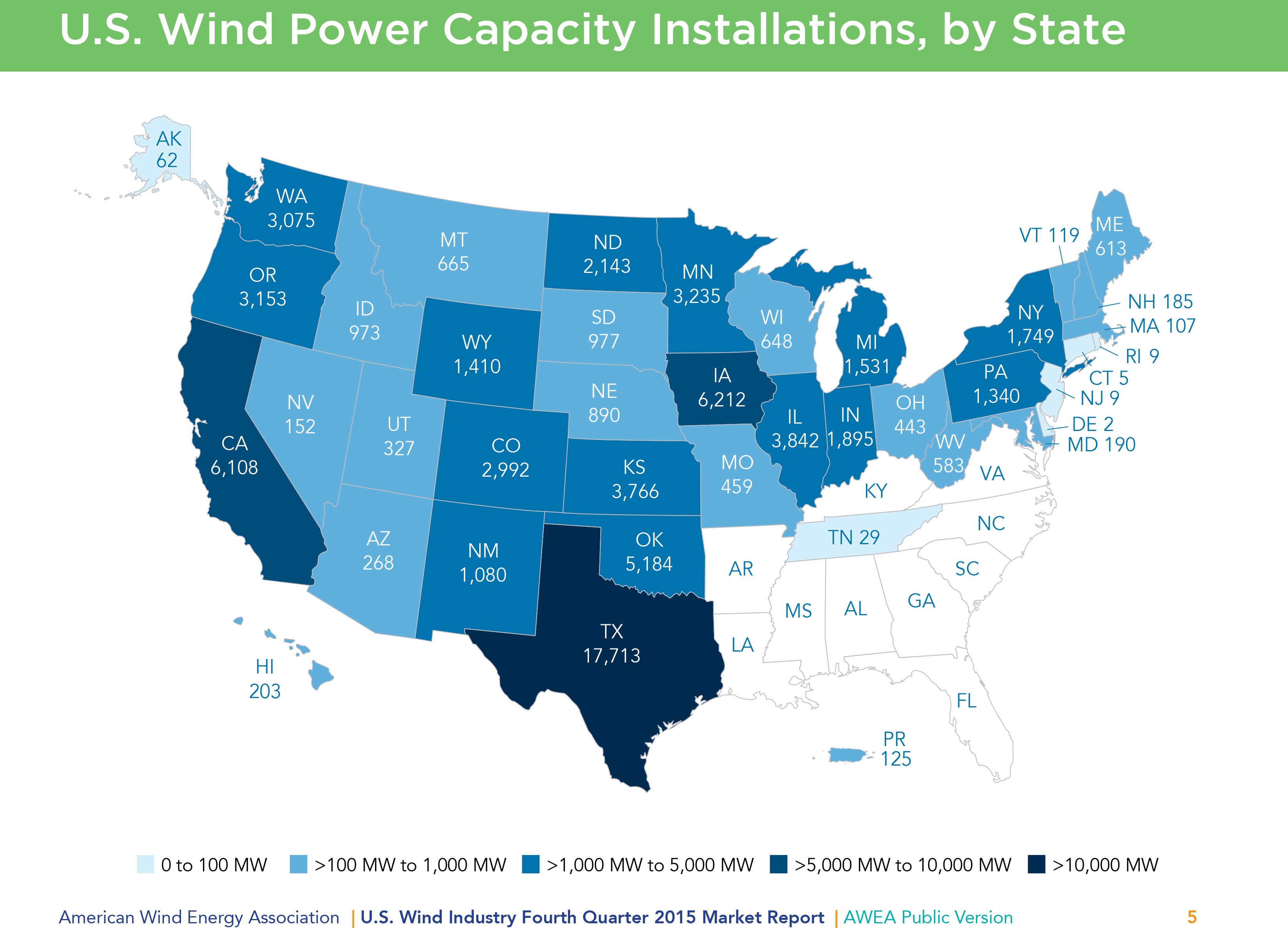