The lion's share of hardware contracts were destined for projects in Europe and North America, with 970MW (38%) and 838MW (33%) respectively.

For North America, the 838MW represents the single highest monthly capacity agreed since May 2015's bumper turbine contracts of over 1GW, according to the data from Windpower Intelligence, the research and data division of Windpower Monthly.

While globally the  turbine deals in December represented the third highest month for deals, just two countries dominated - the US and UK together contributed over half the global total.

The largest contract awarded in North America during December was from the 200MW Frontier project being developed by Duke Energy. Frontier will comprise 61 Vestas V126-3.3 MW turbines.

The UK, with 647MW, was boosted by its offshore sector. MHI-Vestas was confirmed as the supplier of the 330MW Walney Extension West project being developed by Dong Energy.

The remaining 1,042MW of turbine deals signed in December were shared across 12 countries, see below. 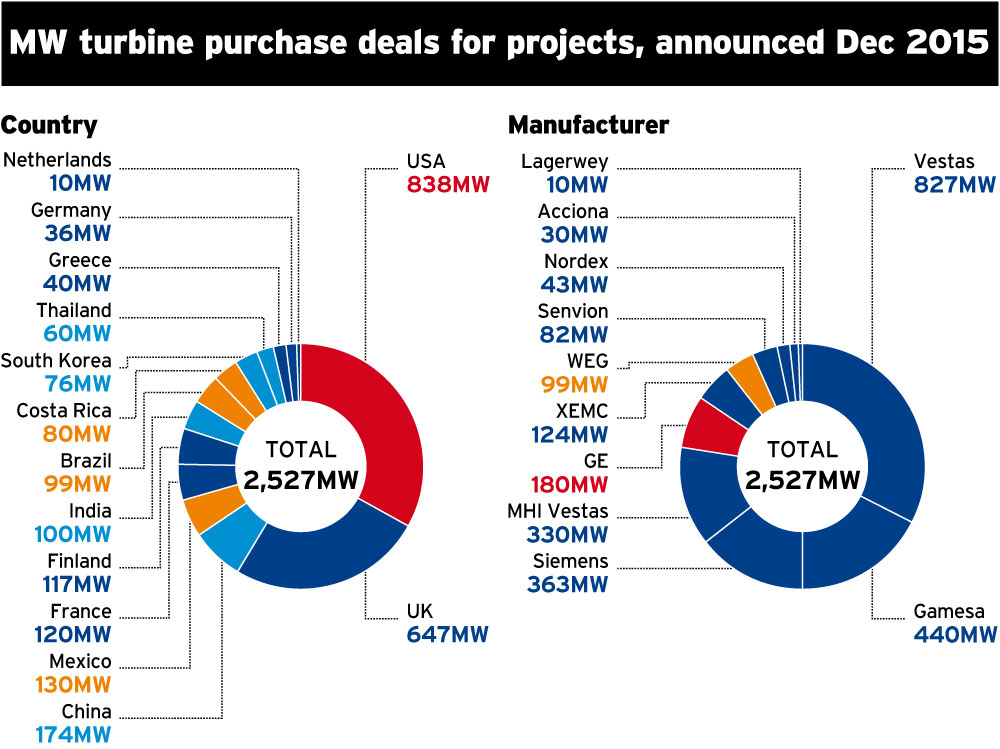 Notably, there was an 80MW deal in Costa Rica for Spanish manufacturer Gamesa. The firm was awarded a contract by Globeleq Mesoamerica Energy to supply turbines to the Alisios complex adding 80MW to the country's 198MW operating capacity.

European manufacturers dominated the orders for turbines, with nine of the eleven companies winning deals based there.

Vestas had the strongest end to the year, winning multiple deals in Asia-Pacific, Europe and the US in December. It was Vestas' best monthly total since May in 2015.

It was awarded a 120MW deal from Velocita Energy Developmentin France to supply three projects with its 2.78MW turbines. And it was rewarded with a 60MW deal in Thailand to supply the Khao Kor project.

The manufacturer is currently restructuring its renewable energy business following the merger with Alstom's power division. The deal will help it increase production capabilities and opens up the offshore sector for potential deals.

For 2015 in total, Europe had the largest amount of wind turbine deals announced, according to Windpower Intelligence data. The region saw almost 12.5GW of contracts agreed. 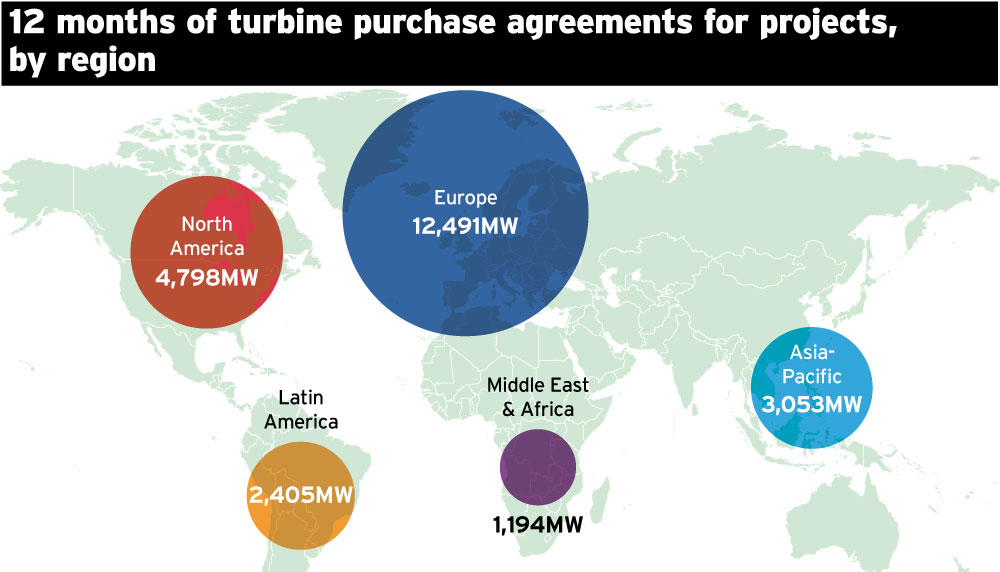 The ever-increasing offshore sector positions the UK and Germany in first and third place respectively for projects gaining turbine orders during 2015.

In Asia Pacific, India was reported to have had the busiest year for turbine deals, with almost 2GW reported.