The new figure beat the previous record set by the 630MW project in November of 317GWh.

London Array said the site experienced average wind speeds of 11.9m/s and a capacity factor of 78.9% across the final month of 2015.

Over 2015, the second full year of operation, the project produced 2.5TWh.

"Both the monthly and annual figures are excellent results for London Array and show the contribution we are making to the country's energy supply as well as the UK's renewable energy targets," said the project's general manager Jonathan Duffy.

As an indication of the variability in production of even high energy producing sites, during a one-hour period in the middle of the day on Wednesday 5 January, the 630MW project was producing just 3MW (a 0.48% capacity factor), according to the Crown Estate's interactive wind electricity map (see below). 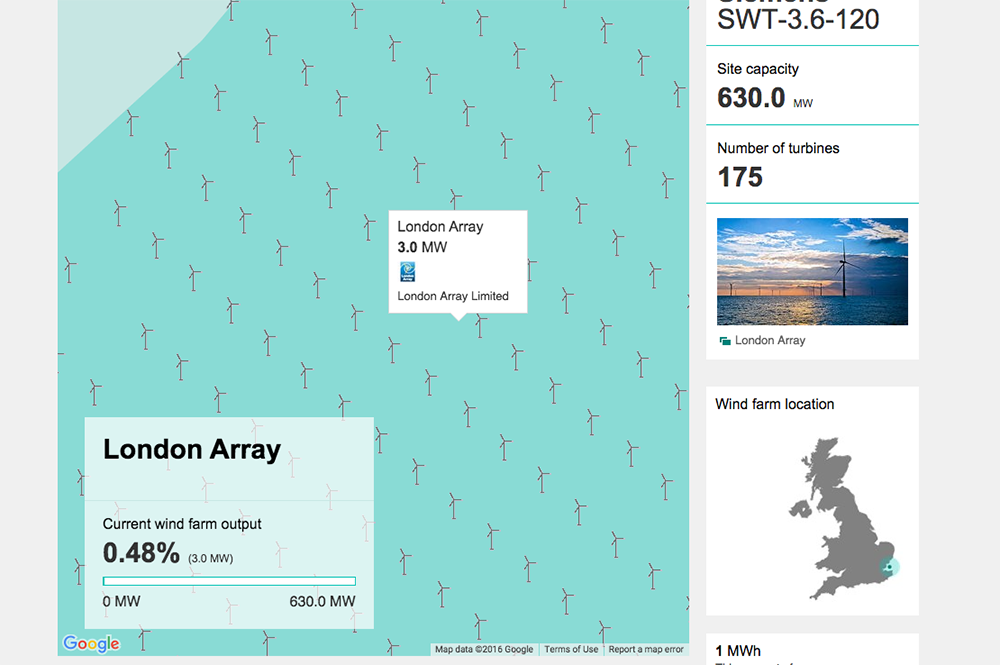 This was caused by a drop in wind speeds, said a spokesperson for the project. At the same period the following day, the site was on full speed, producing 619MW (a 98% capacity factor) as strong winds hit the UK. 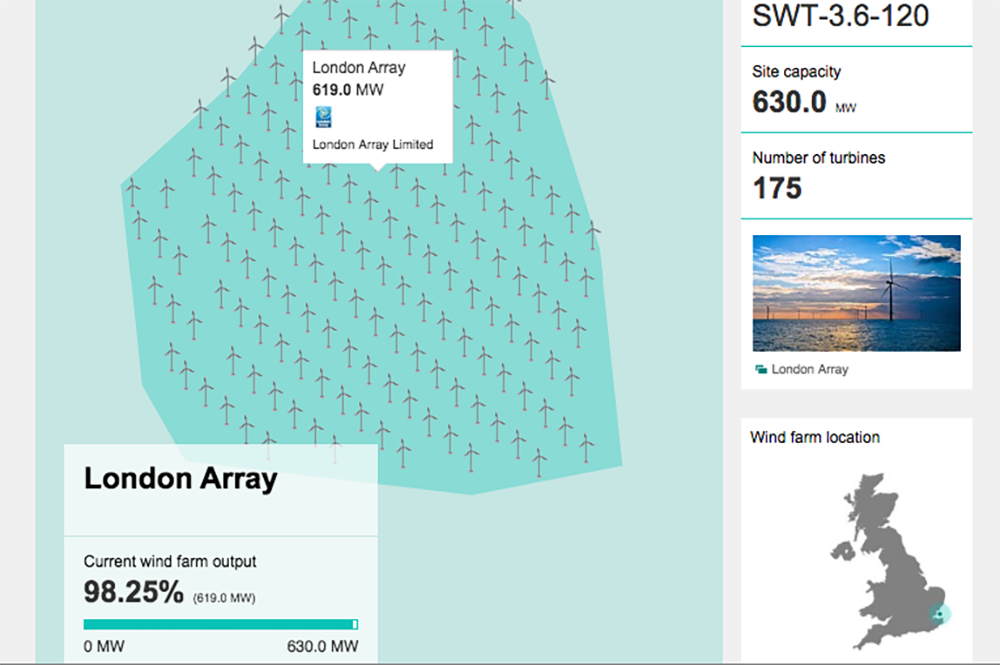