The 888MW of new deals in November was a dramatic fall from 2.2GW agreed in October.

The largest amount of new deals in November was agreed in the Asia-Pacific region, which saw 552MW of contracts. It is the largest monthly total for the region in 2015.

India and China split the amounts in November. There was 282MW of deals in India during the month, the largest of which came from Ostro Energy.

The local developer placed two 100MW orders to Spanish manufacturer Gamesa to supply turbines to the Amba project in Madhya Pradesh and the Nimbagallu project in Andhra Pradesh.

Europe had the second highest amount compared with other global regions, despite its total practically being a third of what was agreed in October. 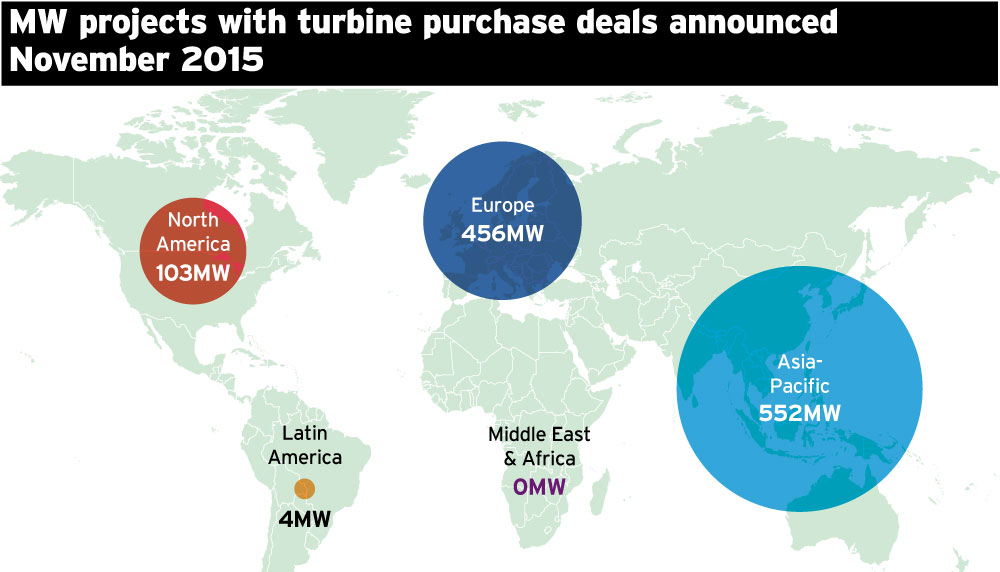 Gamesa was the best selling turbine manufacturer of the month, with 353MW worth of deals, mostly in India. However, the Spanish firm has also won a 103MW deal in the US with Canadian energy firm Enbridge at its newly acquired New Creek project I Virginia.

The lack of offshore deals in the month was a reason for the lower figure in turbine deals in November, but Siemens was still able to secure 164MW of deals. This included 126MW of onshore deals in Scotland.

Vestas was the second highest selling OEM of the month, thanks to the Asian market. On top of two deals in China, Vestas was also awarded a 20MW deal in South Korea.

Vestas received a firm and unconditional order from GS Power, part of the South Korean GS Group conglomerate, for six V112-3.3 MW turbines for the Yaksoo project in Jeonnam province on the southern tip of the country.

The UK still leads in amount of turbine purchase deals over the past 12 months.

The strong market in South Africa over the last year has seen its total increase over Belgium's, despite the European country having a growing offshore sector. 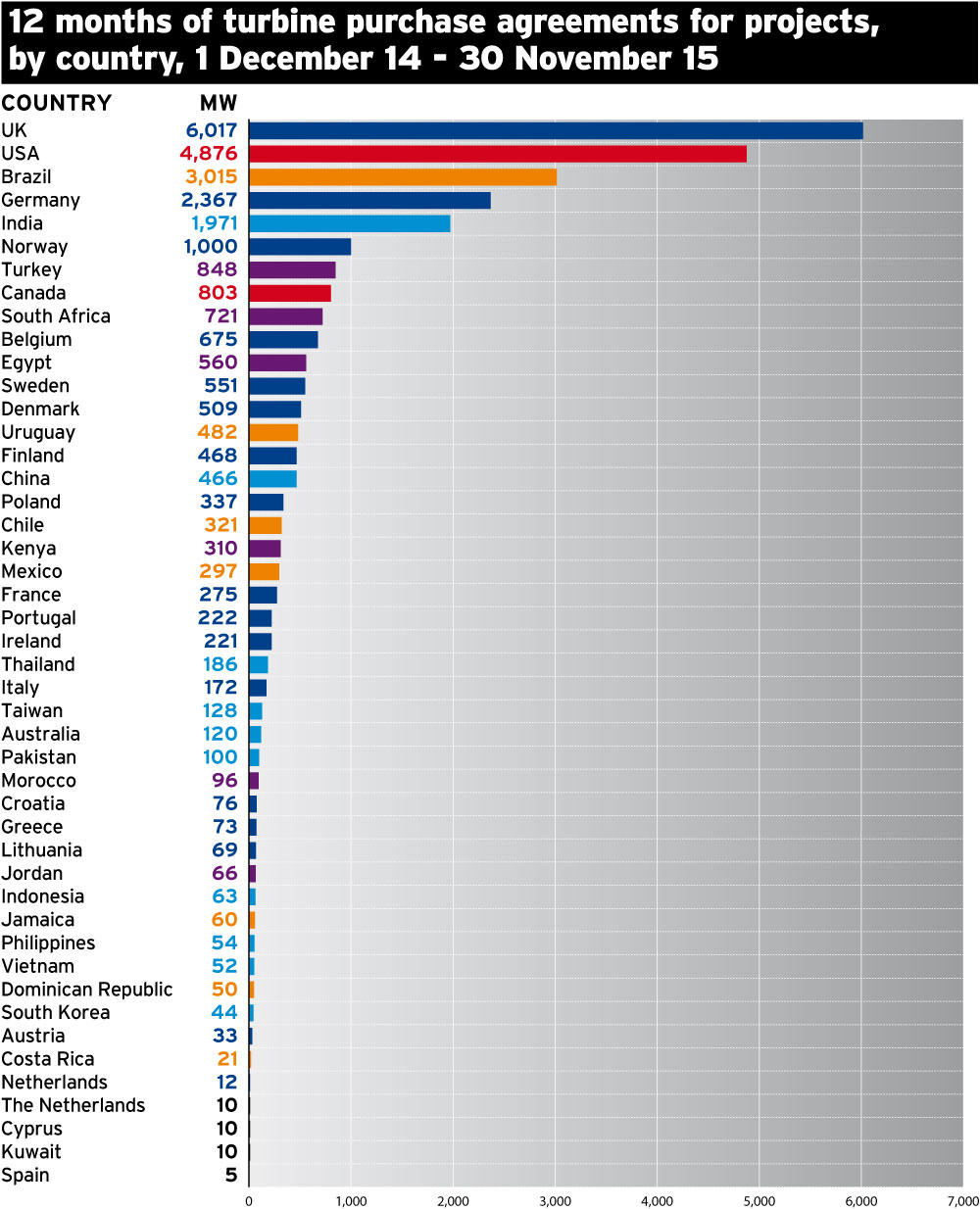