However, the 9% year-on-year fall in November is the smallest decrease in activity since March.

November's activity was up compared with October, according to data by Windpower Intelligence, the research and data division of Windpower Monthly. 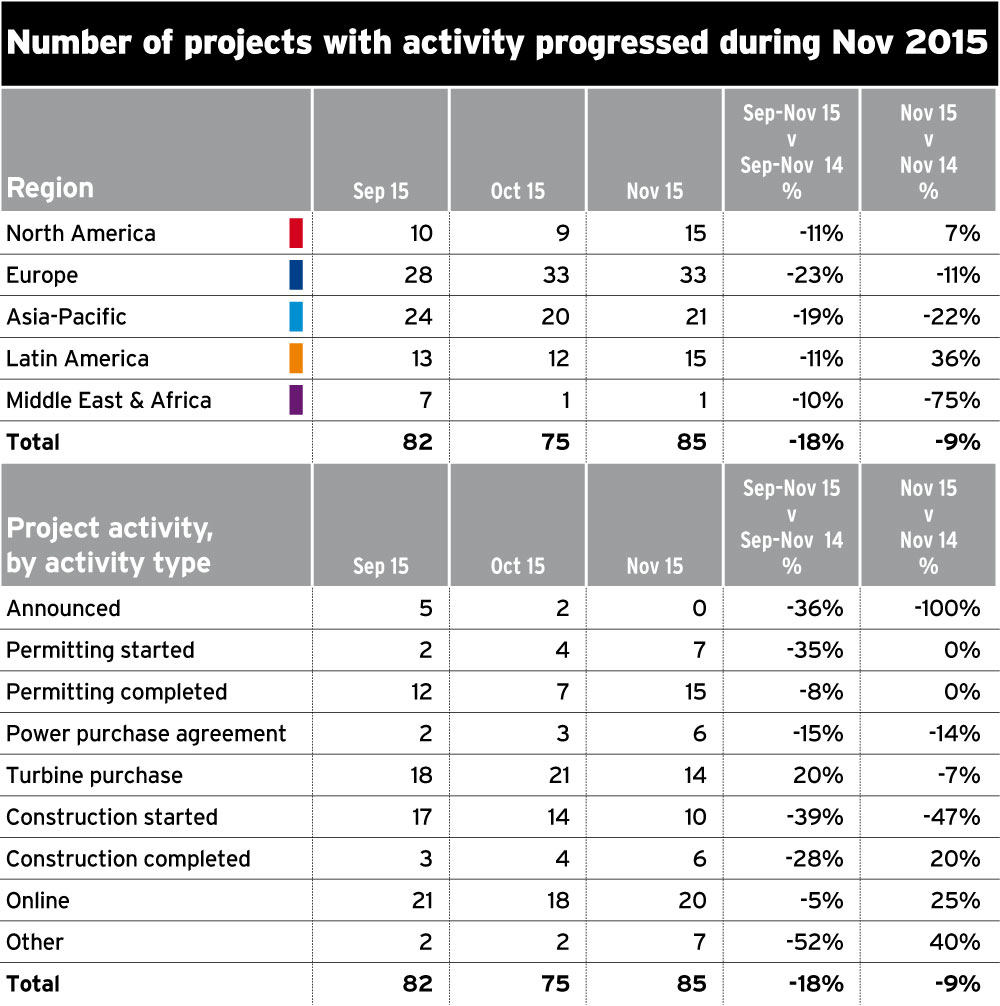 This was helped by a boost permitting completions, which more than doubled in the month, giving hope that more projects may be added in 2016.

North America also saw a strong increase in activity, and the market will be boosted further by the extension of the production tax credit in December.

Latin America also saw a huge increase in activity compared with November 2014. Four projects, with a combined 120.8MW capacity, in Brazil completed construction, and a 200MW site in Argentina started construction in November. 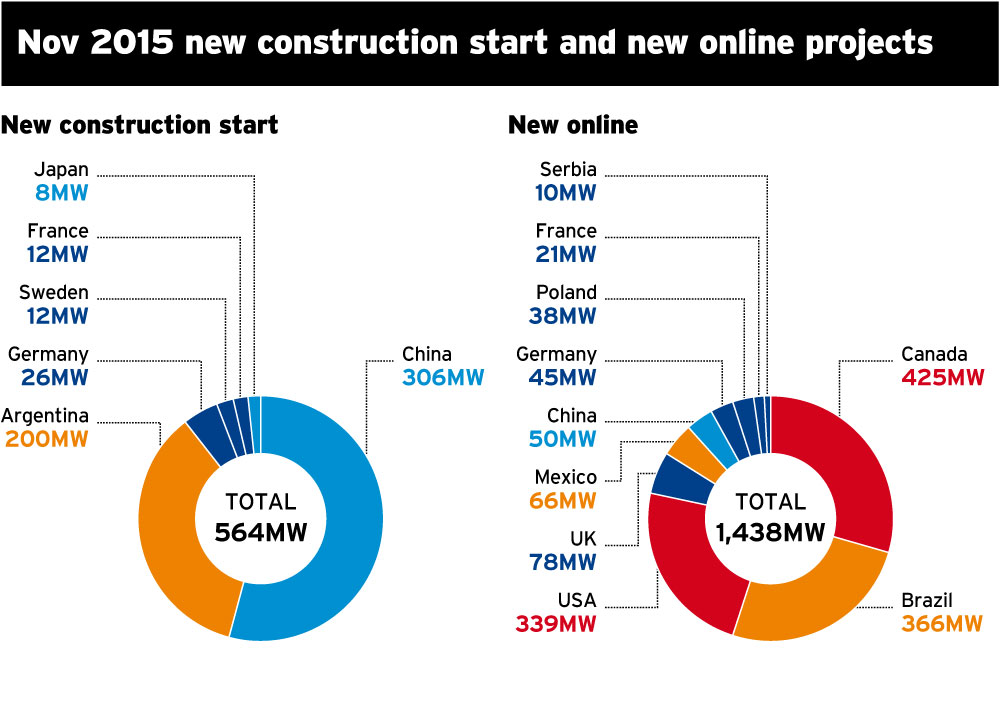 Asia-Pacific also had a strong month, with 314MW of projects entering the construction phase. The total is down from 469MW in November, but is by far and away the highest amount in November, compared to the other regions.

A disappointing month for Europe again, with just 50MW of new construction starts during November. The total is slightly higher, however, than the 32MW of projects that began construction in October.

As the year draws to a close, fewer projects in Europe are likely to begin construction to avoid the harsher weather expected during the winter months.

North America dominated the new online capacity in November, with more than 50% of the total. But, in a change from the norm, Canada added the most at 425MW, while the US added 339MW. 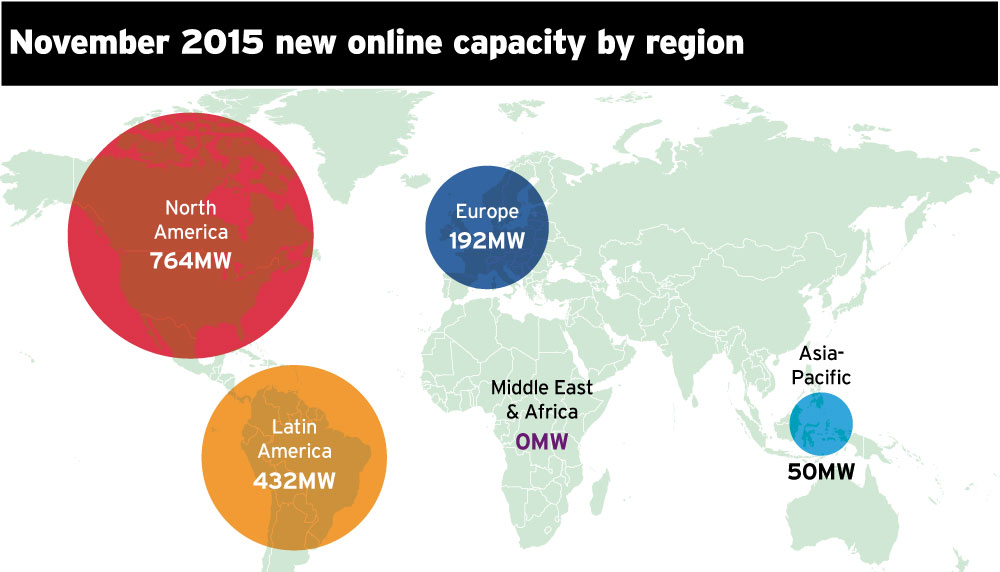 Canada was helped by the commissioning of the second phase of the 350MW Riviere-du-Moulin project, developed by EDF and comprising Senvion turbines.

A new addition to the data comes from Serbia, where joint venture MK Fintel Wind commissioned the country's first project in November.

The 9.9MW Kula development comprises three Vestas V117 3.3MW turbines and is located in the north of the country.