As the turmoil caused by China's currency devaluation in August faded, investors were free to focus once again on the fundamentals in the wind-turbine manufacturing sector — and the latest set of quarterly figures did not disappoint.

Revenues and net profits were largely up on the equivalent period last year, a number significantly so. Analysts remained bullish about the sector's prospects heading into year end, with more than 60% of all forecasts a "buy" and less than 15% a "sell".

Vestas raised its 2015 profit forecast and said it would buy back shares after posting stronger-than-expected third quarter results. Its operating profits (EBIT) were up 42.3% to €232 million ($252 million), helped by a 16.9% rise in revenues, beating analyst forecasts of €201 million. Its net profit of €206 million compared with one of €102 million in the same period last year.

In response to the results, Vestas raised its 2015 revenue forecast to EUR8-8.5 billion from a previous estimate of at least €7.5 billion and announced it would buy back shares of up to DKK 1.12 billion ($163.2 million). This sent the company's share price up 6% on the day to its highest point since May 2009. The stock continued to climb afterwards, and at 30 November was up 97.7% for the year.

At time of going to press in December, analysts remain largely positive on Vestas' stock — more than 60% of those surveyed by Reuters currently rate the company a "buy", although the proportion posting a "sell" rating increased slightly on last quarter. Among those less optimistic about the stock, most cited uncertainty over the future of the US's wind production tax credit (PTC) as the chief reason.

Nordex also increased its forecast for the year, following a 57.7% rise in operating profits. The surge in EBIT came on the back of a 29.4% increase in revenues and comfortably beat analysts' expectations. However, the net income of €8.5 million was €3 million down on last year and fell well short of consensus expectations. This was due to a much higher income tax expense than in the previous period.

This was the second consecutive quarter in which Nordex increased its forecast: in July, the company raised its sales target to €2-2.2 billion from €1.9-2.1 billion.

Sentiment towards Nordex's stock remains bullish, with 60% of analysts posting a "buy" rating. From the beginning of the year to the end of November the company's price rose 108.2%.

Gamesa strengthened its financial position with another strong set of quarterly results. The Spanish manufacturer posted an increase in revenues of almost 30%, helping to generate a Q3 operating profit of 73%. Its EBIT margin (operating profits divided by net revenue) was up by two percentage points to 8%, while its net profit of €36 million compared with one of €22 million in the same period a year ago. The results were in line with expectations.

The stock price had risen 112.3% for the year to 30 November, at which time 55% of analysts rated the company's stock as a "buy", slightly up on last quarter.

Gamesa's leading positions in emerging markets such as India, Brazil, China and Mexico is regarded as a strong positive that should help it grow above the market rate in coming years - global energy consumption is expected to rise by 41% by 2035, with 95% coming from emerging economies.

India's Suzlon returned to posting a quarterly net loss after recording its first net profit in 14 months in the previous quarter. Its consolidated Q3 net loss of INR 1.8 billion ($26.9 million) compared to a profit of INR 10.4 billion in Q2, but it was an improvement on its Q3 2014 net loss of INR 6.3 billion. The loss came on the back of a 67.1% fall in revenues, although the company did post an operating profit of INR 437.2 million, well up on its Q3 2014 operating loss of INR 511.7 million.

The company's standalone results were more encouraging: revenues were up 53.8% and it posted a net profit of INR 1.16 billion, a major turnaround from the standalone net loss of INR 5.28 billion in the year-ago period. The difference between the consolidated and standalone figures was primarily due to costs associated with investments in subsidiary businesses.

Suzlon is followed by fewer analysts than most other companies in the sector, but the four whose views are tracked by Reuters remain uniformly positive on the stock. Global Markets Research highlighted Suzlon's EBITDA margin figure (earnings before interest, tax, depreciation and amortisation divided by total revenue) of 17.3% as being a strong sign of the company's underlying health. It had predicted an EBITDA of 6.4%.

At 30 November, Suzlon's share price had risen by just under 50% for the year. While concerns persist about its outstanding consolidated debt, the elevation of that debt to investment-grade status for the first time in five years is seen as a major boost.

Credit Analyst and Research (or Care Ratings) has assigned a "CARE BBB" rating to Suzlon's long-term debt; it had previously been rated D (default) in 2012.

Shares in Chinese wind companies suffered a correction in the first half of November as news emerged of a potential wind-power tariff cut. However, turbine manufacturers' stocks soon recovered as the consensus view emerged that a lower tariff would make wind operators focus on turbine performance, to the benefit of leading quality-equipment makers such as Ming Yang and Goldwind.

Compatriots Goldwind posted a near-50% increase in operating profits, although its net profit of CNY 862 million ($135 million) was flat on last year. Excluding non-recurring gains and losses, Goldwind's net profit was CNY 925 million, up 8.96%. At 30 November the stock price was up 8.9%, and analyst views were unchanged, with 61% advising "buy" and only 5.6% posting "sell". 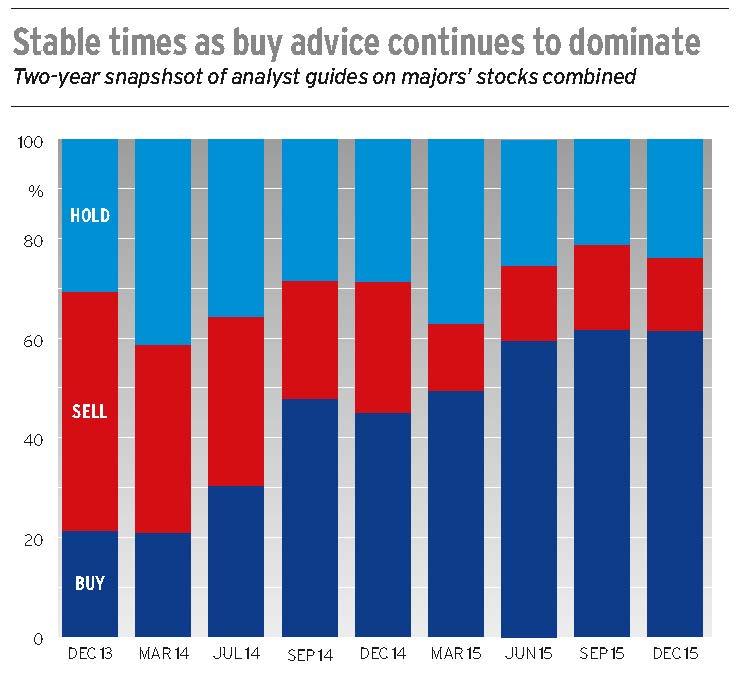