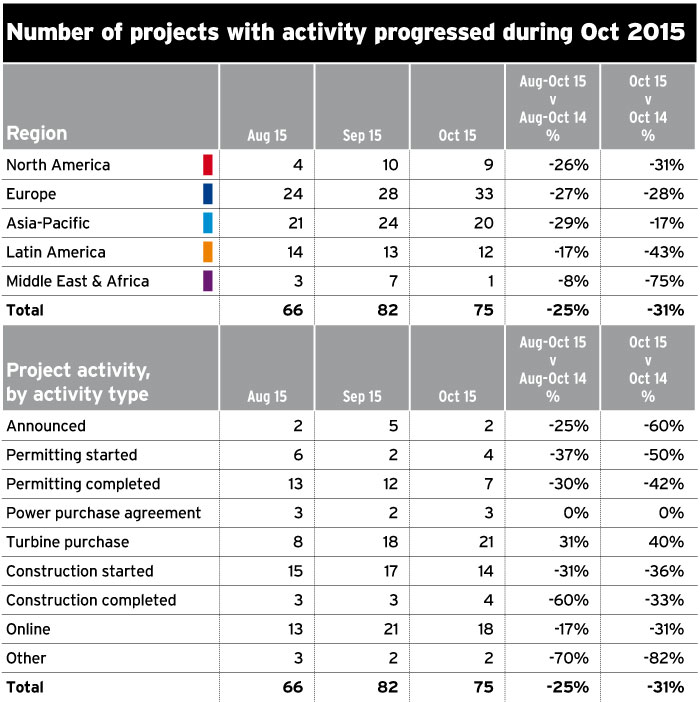 In October, analysis firm FTI Consulting upgraded its global forecast for 2015 to a record 59GW of new installed wind capacity compared to 51GW in 2014. Hence, the drop in the number of projects reporting activity during that month points to an increase in size of projects rather than a decline in activity.

Overall, October 2015 saw a 31% decrease in project activity, year on year. And in the three month period to end of October 2015 activity was 25% lower.

Only Europe experienced an increase in October project activity compared to September, all other regions saw a decline.

With figures so small, changes can have a major impact on percentages. So a drop from four active project in October 2014 to one this October shows a startlingly high 75% fall.

In Europe, the most common activity in October was turbine purchase agreements. Fifteen deals were completed, the largest of which was the Siemens 330MW contract confirmed for Dong Energy's Walney Extension East project in the UK.

With turbine purchase deals one of the key indicators that a project is likely to go ahead, this presents a positive sign to the industry that growth will continue at some pace.

New project announcements globally, however, fell quite significantly in October 2015 compared with the year before. Only two new projects were announced in the month, a 60% fall year on year and down from five in September.

This could indicate a forthcoming decline in installations, an assumption that is in line with the global forecast from FTI Consulting, which predicts added global capacity will not reach the same level as 2015 again until 2021. 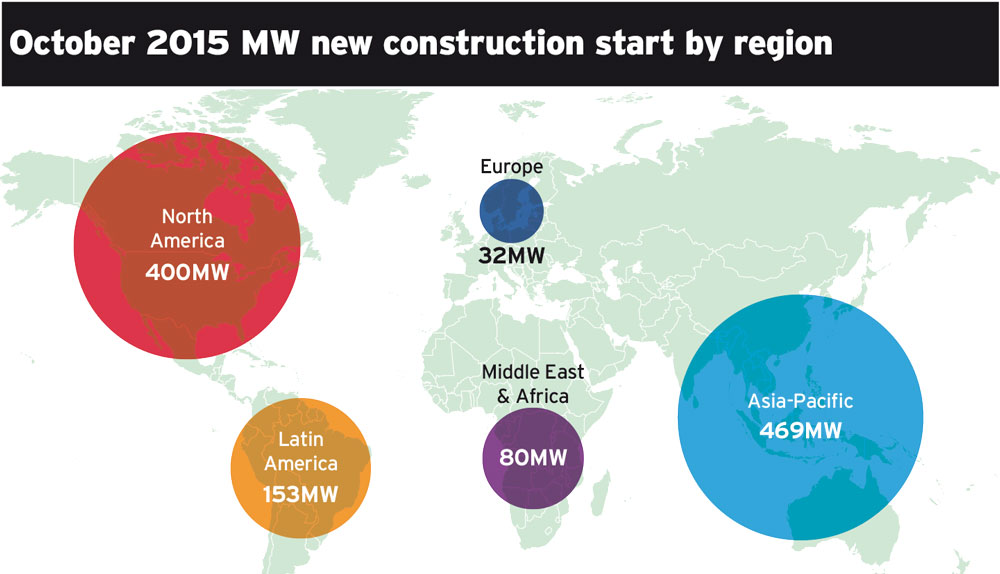 New construction starts totalled 1,134MW in October, most of which took place in China. Seven projects there began installation work, with the largest being the 130MW Xingye I project in Guangxi region of southern China.

Developer China Guandong Nuclear Power is installing 59 turbines of 2.2MW at the site, according to Windpower Intelligence, the research and data division of Windpower Monthly.

But, it is in the US where the largest project globally began construction in October, when the 400MW Grande Prairie project in Nebraska started installation. The BHE Renewables project is due for completion by the end of 2016. It will use 200 Vestas V110-2MW turbines. 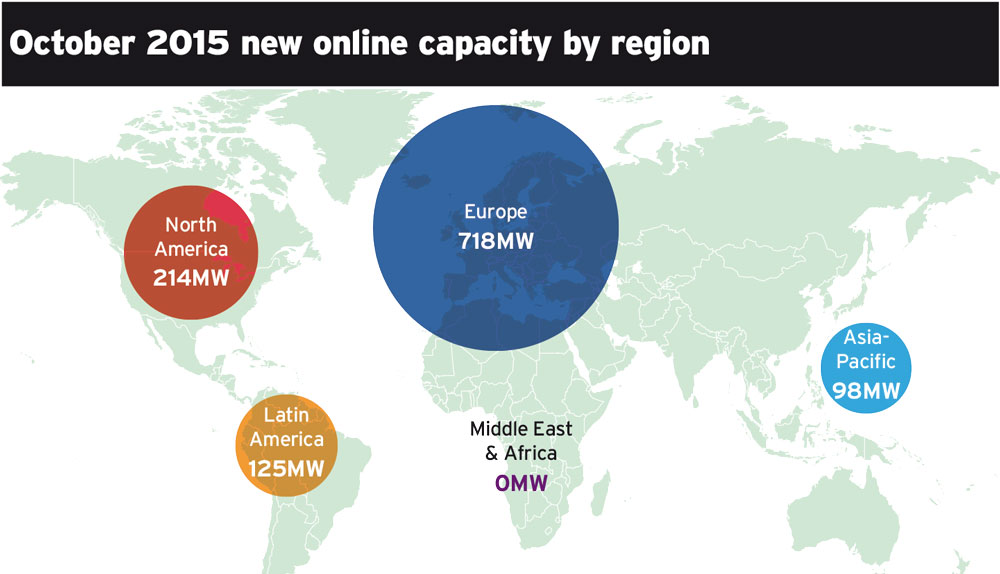 According to the data, a further 1,115MW of wind capacity came online in October, approximately half of September's total.

Both projects are powered by Siemens turbines.

Turkey has now added over 700MW in 2015 so far, taking its total capacity to approximately 4.5GW. 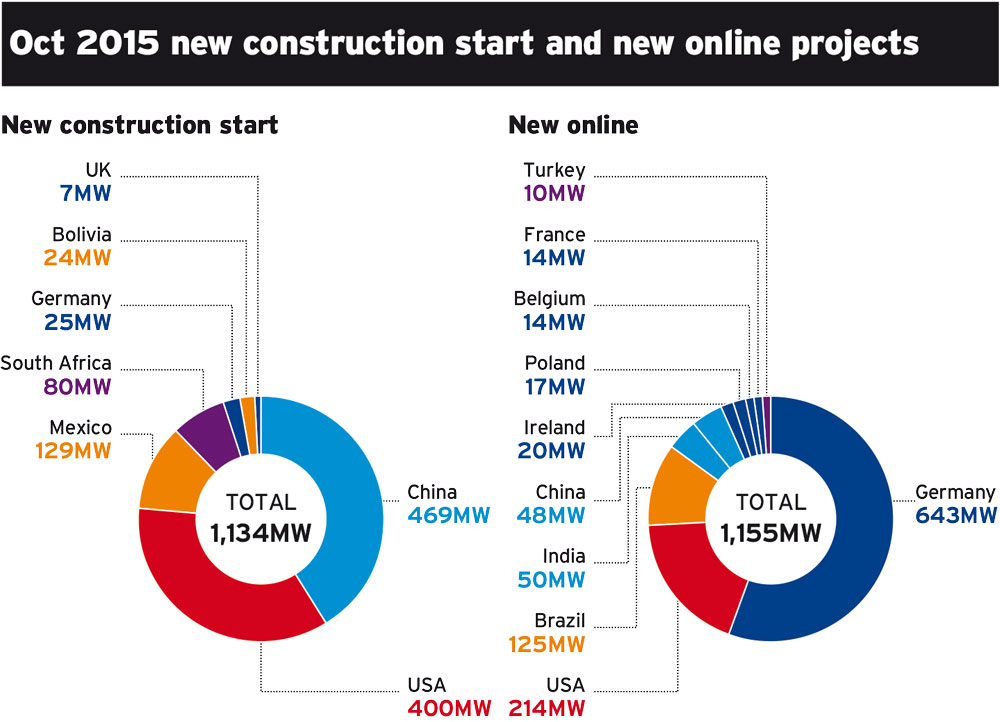