The 7.5MW turbine is the largest onshore turbine to be in commercial operation anywhere in the world. Each of the 12 turbines has a hub height of 135 metres and a 127-metre rotor.

"Three weeks ago, we were able to install the first wind turbine. In a first step, the 156-tonne nacelle was placed on top of the concrete tower at a height of 135 metres with a lattice-boom crane. This was followed by the 220-tonne generator and the hub with the central rotor section, which weighs 350 tonnes – the equivalent of roughly 250 medium-sized cars," said RWE construction manager Rick van Mensvoort.

"The final step involved the mounting of the individual rotor blades, which have a diameter of 127 metres and sweep an area of 12,500 square metres – the equivalent of over 1.5 football pitches. We have connected the first turbine to the grid to generate green electricity. We expect to commission the complete wind farm in 2017," he added.

RWE is repowering the 15MW Westermeerdijk site, which comprised 50 WindMaster 300kW turbines and started operation in 1991.

A total of 12 Enercon turbines are being installed on the Westermeer dike, forming part of the 429MW Noordoostpolder site.

In April 2015, RWE completed the foundations for the Enercon turbines. The foundations had to be specially designed for installation on the man-made dike. The three-metre high foundations only go half a metre into the ground. Beneath the base, 60 concrete piles were driven into the dike to secure the base. Each foundation is 26.5 metres in diameter and is made up of 180 tones of steel and 1,200 cubic metres of concrete. 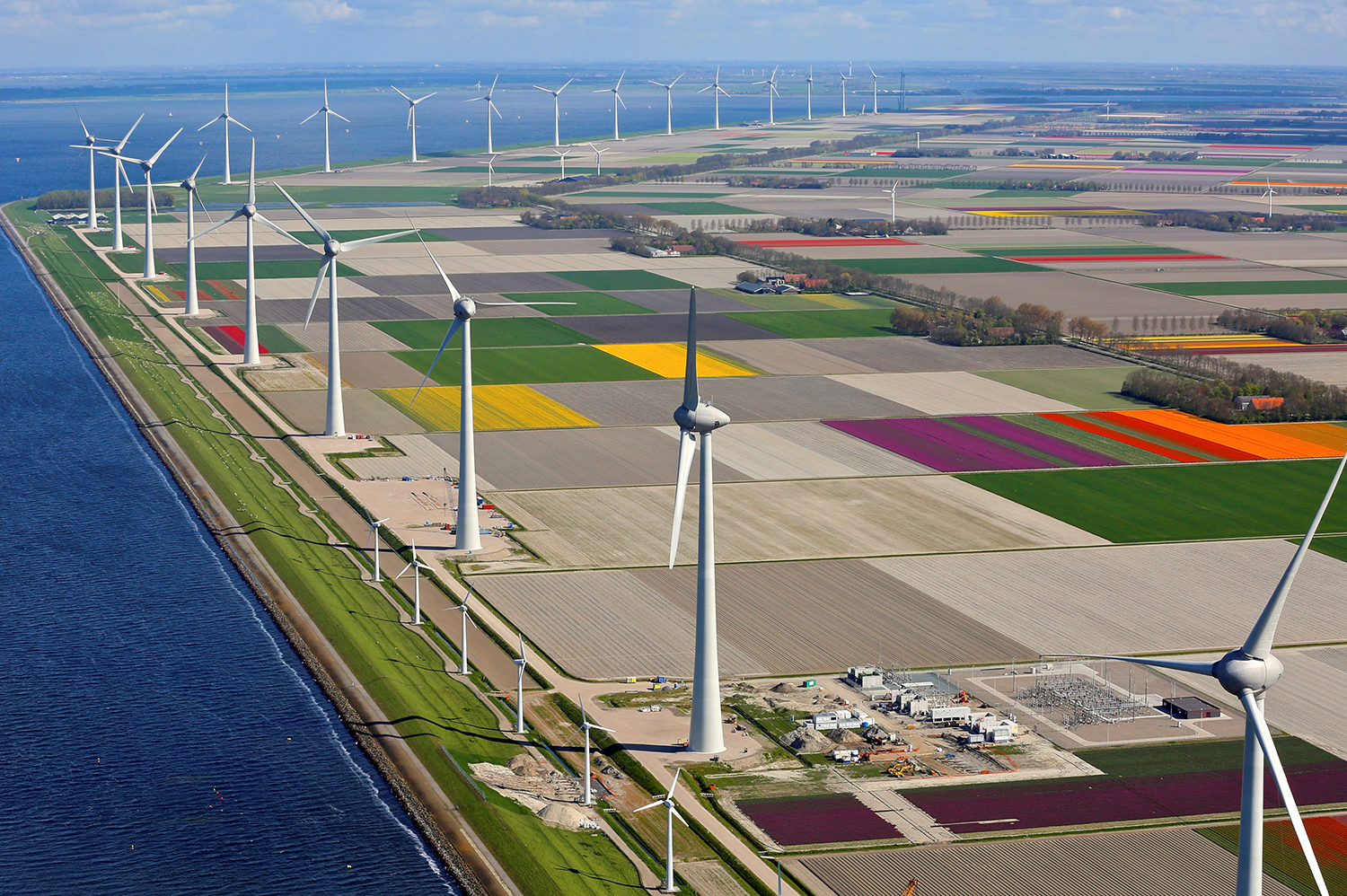