"We think there is at least a significant risk that future yieldco issuance will be much harder, if not impossible, in current market conditions," said Robert Clover, director of economic and financial consulting at FTI Intelligence.

"We've been tracking 13 future new yieldco issues that were in the pipeline to be listed in the coming months, and I'm pretty sure that most of them will either be delayed or pulled," he said.

Enel and EDP, two of Europe's largest utilities and global players in wind energy, have both recently rejected the idea of forming publicly traded yieldcos, citing market volatility and the pressure to keep growing and increasing dividends.

There has been a surge in the use of the yieldcos structure over the past 30 months as companies look for ways to recycle the capital they invested in completed assets into the development of new generating facilities. Yieldcos hive off operating projects with long-term power contracts into a separate business that pays cash flows to investors. These are supposed to be stable, low-risk investments, but the recent share price performance of the sector has been anything but steady.

The 16 yieldcos in operation currently have a market capitalisation of about $15 billion, down from the $25-28 billion raised through their initial public offerings (IPO). The decline has been most significant in North America; of the nine yieldcos, only Nextera and TransAlta were trading above their IPO price at the end of September. Between late July and mid-September, the sector lost $9 billion in value, a drop of more than 50%. The market valuation of the seven European yieldcos were down 5% over the same time frame. 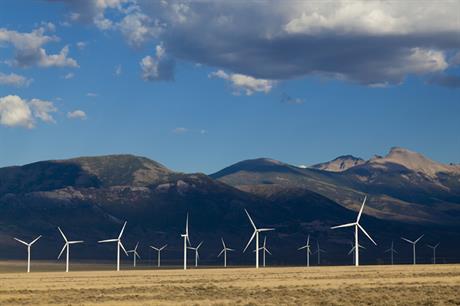 A variety of reasons for the decline have been advanced. The spectre of rising interest rates, which make yieldco investments less attractive; weaker-than-expected output because of low winds in the US; concerns that there would not be enough good projects available to satisfy investor demand for growth; a mismatch between investors looking for a quick returns and the long-term nature of payback under the yieldco model; and just the general decline in the stock market overall.

The tipping point may have come when concerns over the financial health of Abengoa, the Spanish parent company of Abengoa Yield, which owns 1.3GW of renewable assets, mainly solar, triggered a sale of yieldco stock and rattled investor confidence in the entire sector.

The US industry in particular has been very aggressive when it comes to the promises it has made to the market for both dividend growth expectations and the cash available for distribution, leaving them little room to manoeuvre. US yieldcos also utilise significant debt in their financial structure, so when operational performance hits a bump, it means less cash for investors. The more conservative model used in the UK may be the path forward, said Clover.

"The industry, particularly those who have ambitions to list new yieldcos, need to learn from the lessons so far and to think a bit more carefully about the underlying capital structures that they use," he said.

The yieldco slump has broader implications for the renewables sector and the way investors view it, Clover added. "We've seen, unfortunately, quite significant share price volatility over the years with several valuation bubbles having taken place. Whether it's a manufacturer or an asset owner coming to market to raise money, it will be harder next time because investors have had a mixed experience."