The global total of turbine deals agreed for projects was evenly distributed across North America (352MW), Europe (286MW) and Asia-Pacific (370MW), with Middle East and Africa and Latin America taking just 81MW between them.

The increase is most keenly welcomed in North America, which posted 0MW in August. The 352MW total was split across two projects in the US.

Those two projects helped the US to become the country with the largest amount of turbine contracts by MW in August. 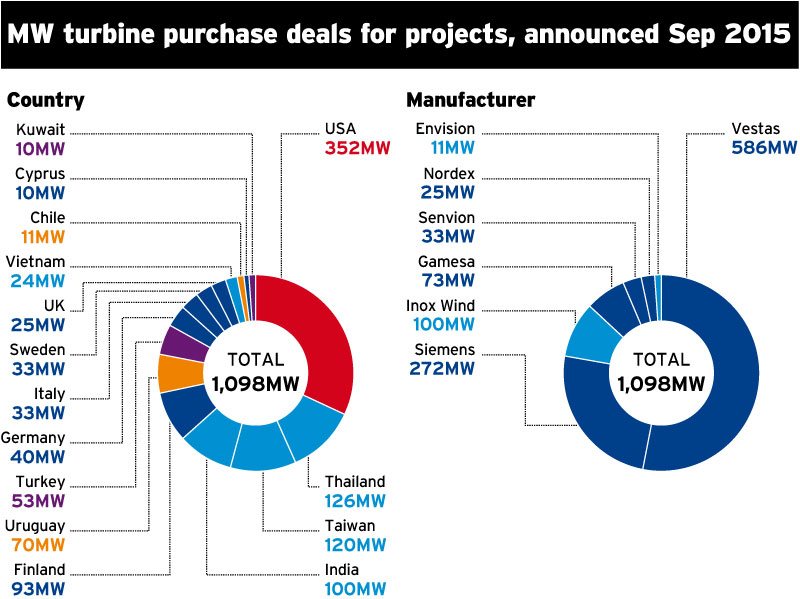 Three Asia Pacific countries folllowed the US for the most turbine contracts, and none of them China. Developers were progressing and choosing their turbines to be installed in Thailand, Taiwan and India. Vestas also had the upper hand in this region, winning the Thailand deal for the 126MW Had Kanghan project. It also picked up a 24MW order in Vietnam.

Siemens was named preferred supplier at the 120MW Formosa 1 phase 2 offshore site in Taiwan following on from the confirmed order of two 4MW turbines, which will be installed in the demonstration phase 1.

In India, the market's fourth largest manufacturer in 2014, Inox Wind, made ground on its rivals Suzlon and Gamesa. It won a 100MW order from Ostro Energy to supply and maintain the Lahori project in Madhya Pradesh, central India.

Much like the drop in new construction capacity last month, Europe was hampered by a lack of turbine purchase deals in the offshore sector.

The largest of these was a 93MW contract from Finnish developer TuuliWatti Oy. Vestas will supply the Simo III project in Finland with 27 V126-3.45MW turbines. The project is due online by early 2017.

Vestas also took over half of the global market share in September, reaffirming its position as the largest OEM (according to BTM Navigant). In May, the company claimed its biggest-ever order backlog for turbines and services, worth €15 billion.

On the back of the two large deals in September, Taiwan and Thailand have climbed up the list of 12 month purchase agreement totals.

And there is the appearance of Kuwait, following the agreement with Gamesa to supply and install five G97-2MW turbines at the 10MW demonstration project being built at Al-Shagaya, 100km west of Kuwait City. 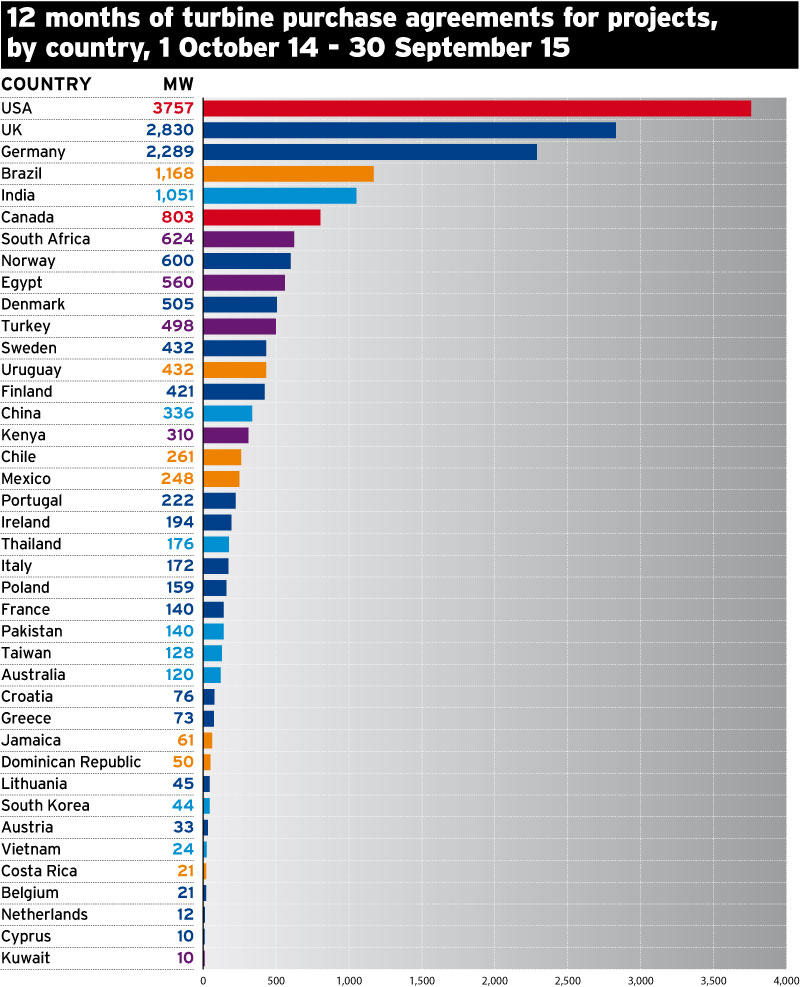