Siemens' new platform fulfils the roles of the separate transformer platforms and converter stations currently used at typical offshore projects. The new platform is smaller than current transmission structures leading to a reduction in costs.

According to Siemens, the volume of a platform structure is reduced by four-fifths, and the weight by two-thirds leading to a 30% cut in costs.

"At the same time, the new solution enables transmission capacity to be increased by one-third, while transmission losses fall by one-fifth," Siemens said.

Each DRU has a 200MW capacity, Siemens said, with two on each platform. Siemens said up to three platforms can then be connected to each other — forming a "grid node" — before the power is transmitted to an onshore substation.

The platform is designed for far-from-shore projects, more commonly found in Germany. It will be available from next year. 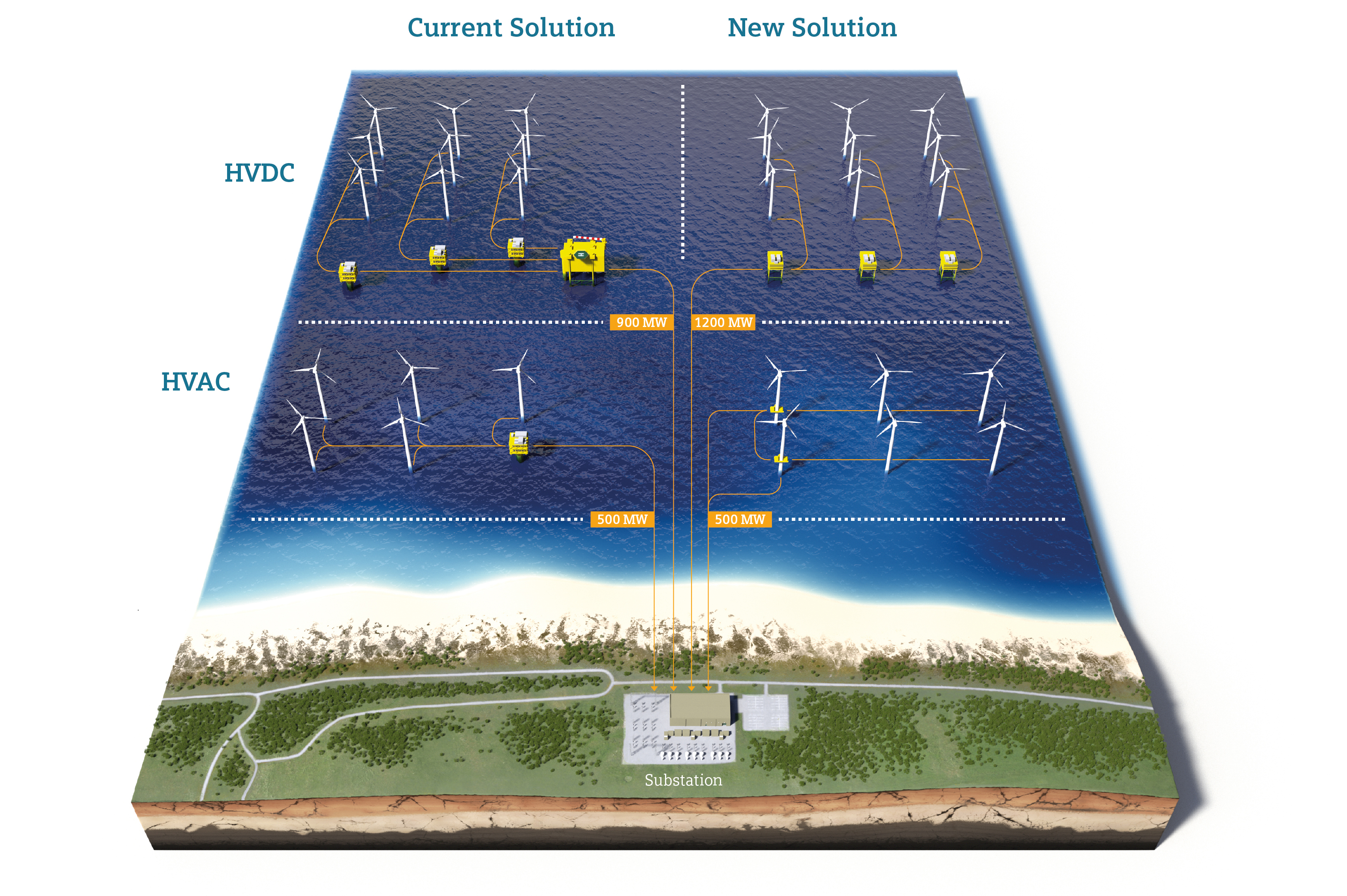 "Our new solution will play a major role in decreasing the cost of offshore wind power below €0.10 per kilowatt hour by 2020. This is how we plan to make the direct-current technology used in Germany more interesting to other markets, too," said Siemens energy management CEO, Jan Mrosik.

Siemens alluded to the new system when it unveiled its Offshore Transmission Module (OTM) at EWEA Offshore in Copenhagen in March.

OTM is an HVAC-based system for nearshore projects (see above image) which removes the need for an AC substation and placing the necessary equipment on to "balconies" on turbine transition pieces or to a single foundation, without a turbine.