It is the first time in 2015 that a monthly total has fallen below the 1GW mark.

August is traditionally a quiet period for turbine purchase deals, however. Year-on-year the 2015 total was 54% higher than August 2014 when just 522.3MW was agreed. 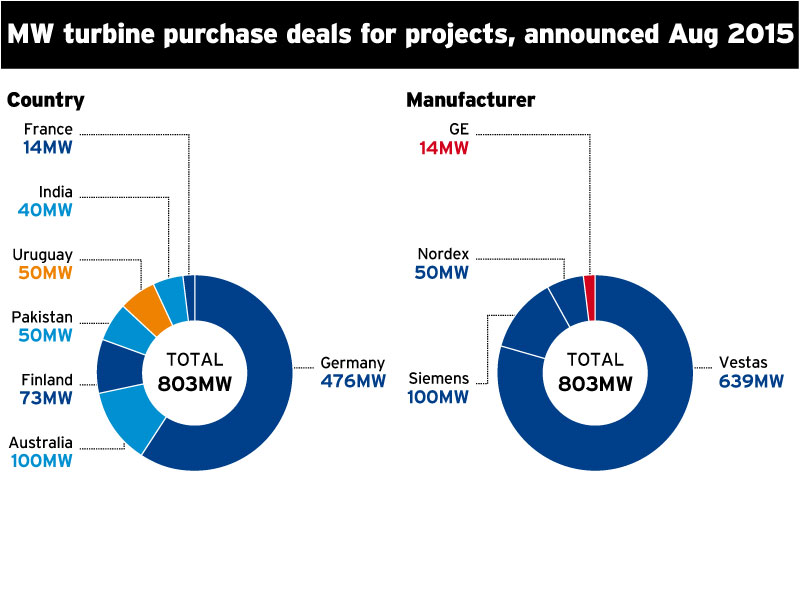 Only two markets saw more than 100MW of turbine purchase deals in August. Germany represented 476MW of deals agreed – over half the global total – as an agreement to supply the 450MW Borkum Riffgrund 2 offshore wind project reached the conditional offer stage.

The stalled Australian market also saw activity, with Siemens  awarded a 100MW deal to supply the Hornsdale project in South Australia. Siemens will supply 32 3.2MW turbines to Neoen Australia's project, near the town of Jamestown, 200 kilometres north of Adelaide.

Approximately 190MW of deals were arranged in Asia-Pacific in August, the second highest region globally. Pakistan and India contributed to the total, with deals totalling 50MW and 40MW respectively.

No turbine deals were arranged in North America during August, but GE secured deals outside its domestic market. It was awarded a 13.75MW deal in France to supply the Monts du Lomont project developed by Opale Energies Naturelles. Turbines will be delivered in Q3 this year. 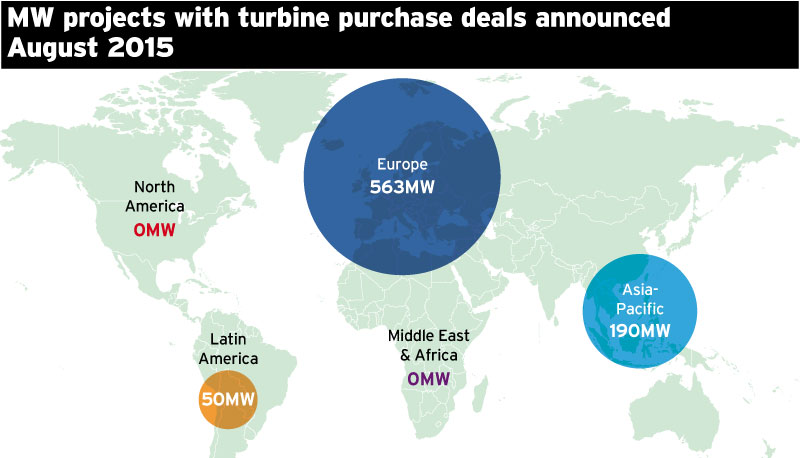 The US reclaimed its top spot of turbine purchase agreements over the last 12 months with over 3GW of deals. Last month it was the UK, which came second this month, leading the world in offshore installations with Germany in third place.

France has fallen sharply in the list as it is now over a year since Areva was awarded the 500MW Saint Brieuc offshore project leaving mostly onshore wind in the 134MW total. However, there is movement in France's offshore sector as it ventures into floating offshore wind, which could lead to more turbine deals in the next 12 months to push it back up the table. 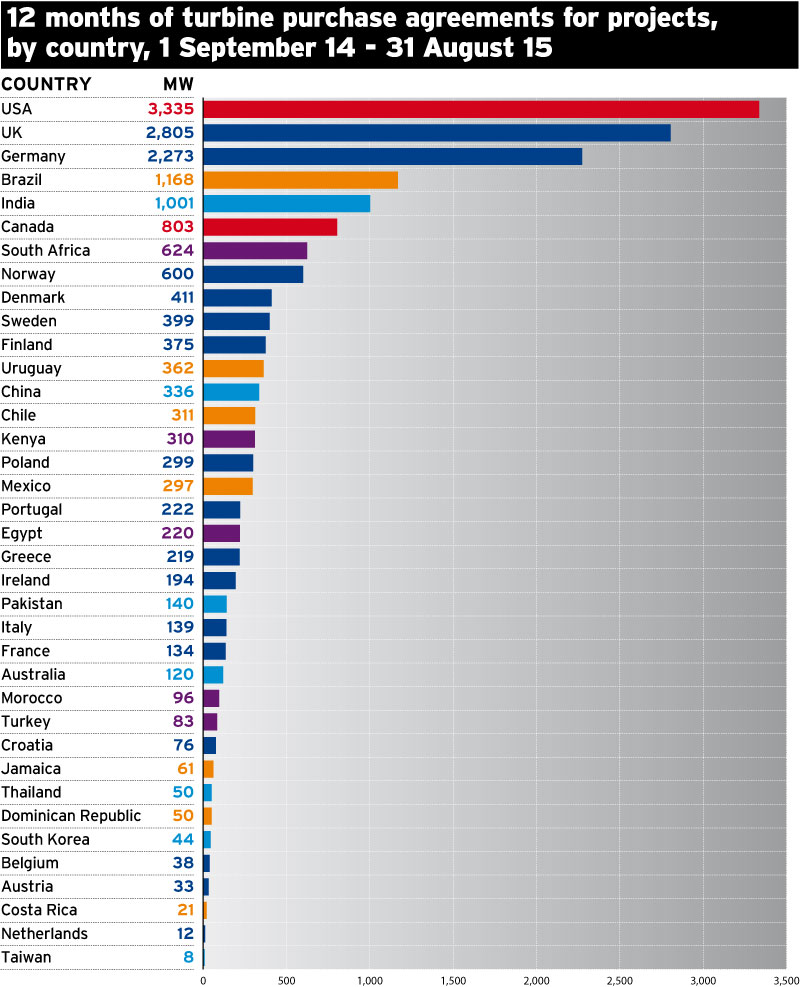