Last year was a record year for global wind power growth, adding 48GW over the course of 12 months. This year was predicted to deliver as many if not more installations than last year, and so far, it looks to be on course.

With just over 10GW new projects online globally in the first six months of the year, this is higher than the same period last year, when 9.3GW had been installed.

During the month of June, Canada ranked second in the countries delivering online capacity, combining with 580MW from the US to make North America the most active region during the month, with a total of 963MW in additions.

Brazil came third, adding 332MW online capacity across five separate projects, all in the Rio Grande do Norte state, northern Brazil. The figures include the 145MW Riachao complex, which is now fully online, using Alstom ECO 122 2.7MW turbines. A further 94MW was recorded as fully online, with the four phases of Sao Bento up and running, all using Vestas turbines.

Mexico too added 155MW operating capacity, and this activity across Latin America is a marked change on last month, where there was no significant project progress recorded in the region.

China and the rest of Asia Pacific recorded no new online capacity during June, according to the data. 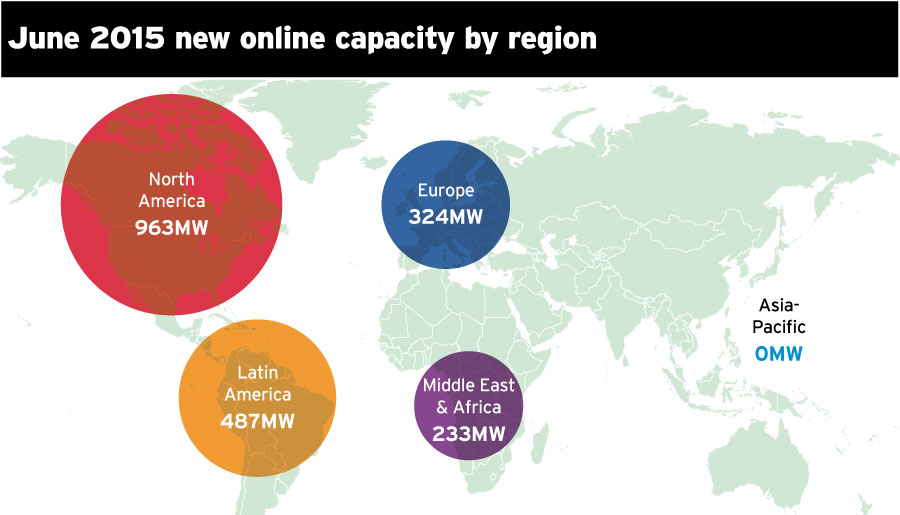 The number of projects beginning construction has been slowly increasing over the last two months, and June saw China break ground on over 500MW of projects, the largest being the Yuanqu 200MW project in Shanxi, from China Power Investments. The company expects the project to be online by next year. 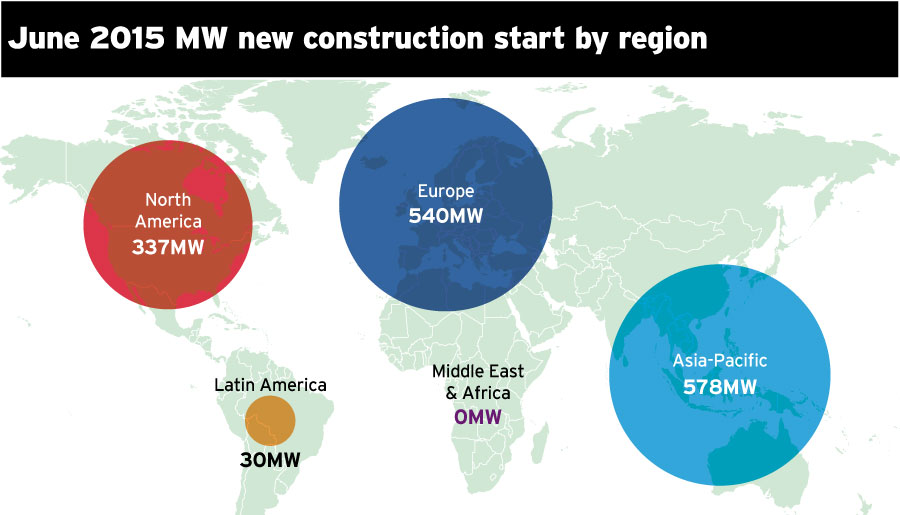 Last month saw a number of projects receive permitting approval, with three UK projects being given the go-ahead, two in Scotland, and one in Cumbria, northern England, totalling 66MW. China gave the green light to 413MW of projects, just ahead of the new climate change plan that looks to have 220GW installed wind power by 2020. This will require a doubling of current capacity.

And a less expected project development came when all permits for a 201MW wind farm in Victoria, Australia, were signed off. Construction is expected to begin at the end of next year. Australia's government is notoriously unfriendly to wind, but June was the month where it gave the industry some hope by not abolishing the renewable energy target, which also involves a subsidy scheme - just reducing it. Prior uncertainty over the future of the target had all but dried up the wind energy pipeline, said the Clean Energy Council.

The global industry will be watching to see if this helps to revive the industry. Of 11 projects approved over the last two years in Australia, none has started construction yet. Only one, the 400MW White Rock project in New South Wales, owned by Goldwind subsidiary, is reported to be progressing, with construction slated to start later this year. 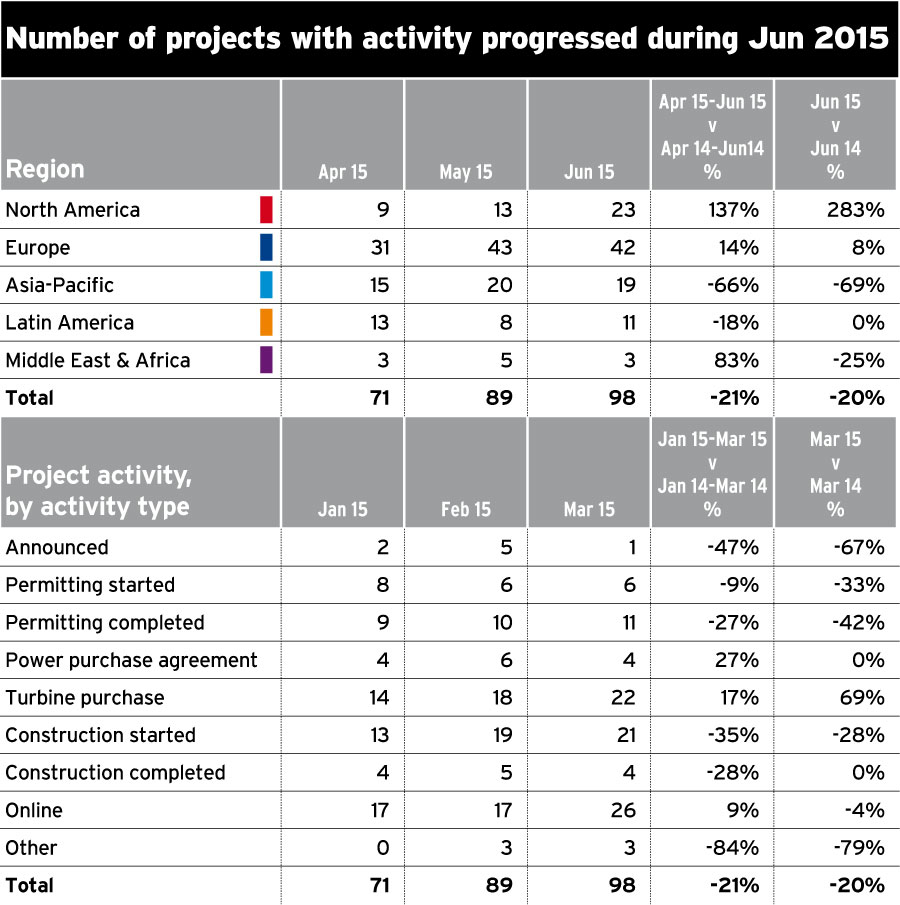