The 'Enabling Wind Power Nationwide' report has suggested that using turbines with hub heights of 110 metres could increase available land by 4.3 million square kilometres, a 54% increase compared to using current technology and hub heights of 80 metres. It said wind power could be used in all 50 US states, specifically opening up sites in the south east.

Further development of turbine heights up to 140-metres could increase the amount of land available for effective wind power development by 67%, the report finds.

DoE does say, however, that with increased heights, the affects on wildlife and impacts on radars must still be considered for "responsible deployment".

The report was launched by energy minister Ernest Moniz, who was speaking at day one of the AWEA Windpower 2015 event in Florida. 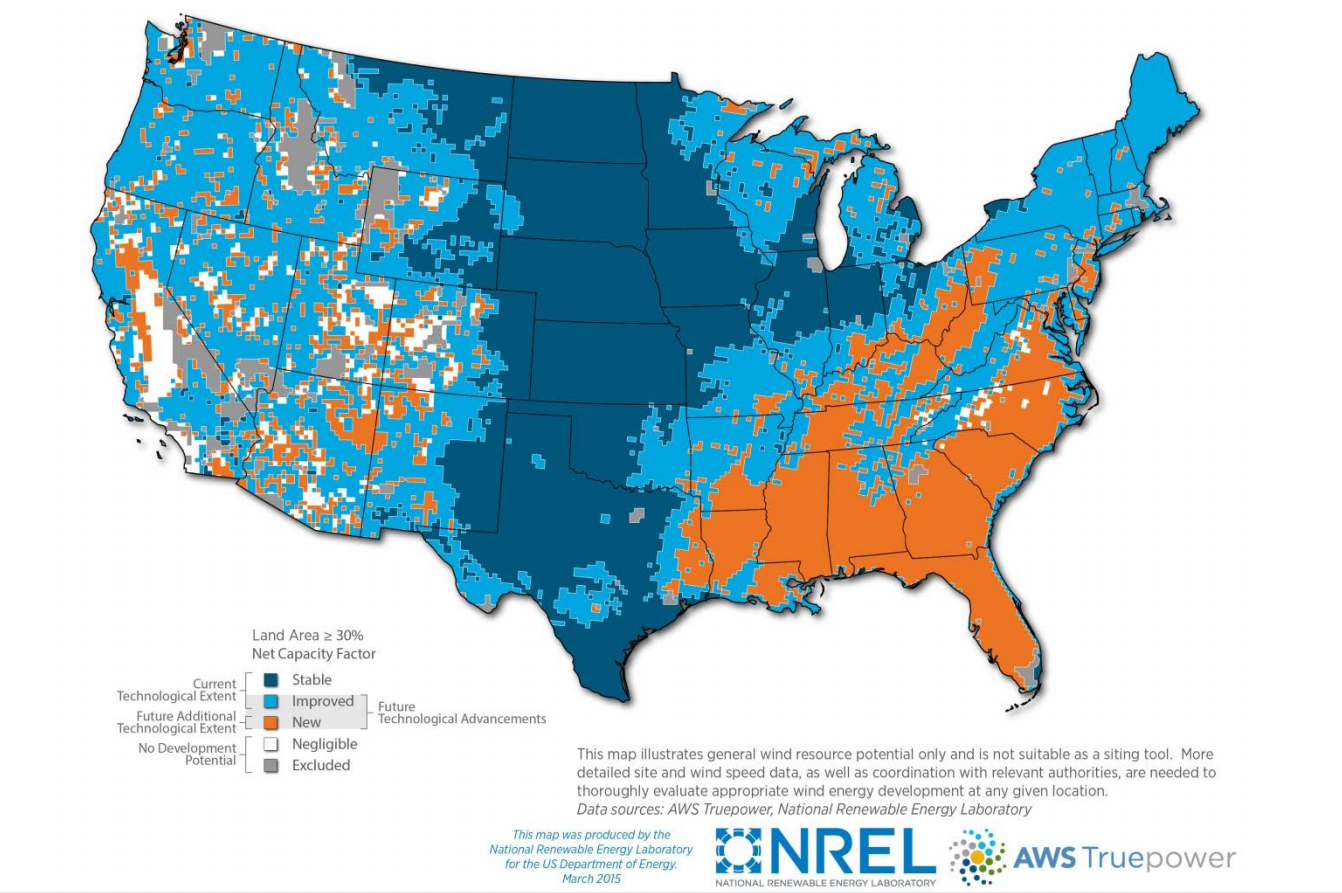 Click on the map to view a larger image