That total will fall short of the 2.06GW added to the grid during 2014, but should take the UK's cumulative capacity to over 14GW by the end of 2015, consolidating its position as Europe's third biggest wind market behind Germany and Spain.

New capacity in 2014 was pretty evenly divided between onshore (1,068MW) and offshore (996MW). A clear pattern is emerging in the onshore sector towards smaller projects, most below 5MW, showing the popularity of schemes suitable for installation on farms and rural businesses. Onshore projects are also more likely to gain approval in Scotland, Wales and Northern Ireland, which have devolved permitting processes, than in England. Scotland already contains nearly two thirds of the UK's onshore capacity and that trend looks set to continue.

Offshore growth in 2014 was down to two projects in the Irish Sea: RWE Innogy's 576MW Gwynt y Mor, and Dong Energy/Scottish Power's 389MW West of Duddon Sands, both using the ubiquitous 3.6MW geared Siemens turbine. Work is well advanced on Dong's 210MW Westermost Rough, E.on's 219MW Humber Gateway and Vattenfall's 49.5MW Kentish Flats extension, all of which should be fully online by the end of the year.

The offshore picture has become a little clearer since the results were announced in late February of the UK government's first competitive tender under the new contracts for difference (CfD) regime. Five projects amounting to nearly 3GW had already been approved under a non-competitive tendering process with a strike price of £155/MWh (EUR214/MWh), but two more have now been added to the list at significantly reduced cost - Scottish Power's 714MW East Anglia One at £119.89/MWh (EUR165/MWh), and Mainstream's 448MW Neart Na Goithe at £114.39/MWh (EUR158/MWh).

The government was able to claim the success of the regime in driving down costs, backed up by the results of a similar process for onshore wind. In all, 15 onshore projects amounting to 748MW were awarded contracts with an average strike price of £80.57/MWh, well below the target strike price of £95/MWh. Scottish developments dominated this round of bidding, securing 580.5MW of new capacity across ten projects. England, by contrast, won just 22.5MW with two small projects. The remaining 181MW will be built in Wales.

The villain of the piece, as far as onshore development in England is concerned, is local government secretary Eric Pickles, who has intervened in 47 projects and refused 86% of those he has decided on. According to RenewableUK, in 2013-14 only 155MW of onshore wind was consented in England. Scotland consented seven times as much.

Whether that situation will change after the general election on 7 May remains to be seen. Neither of the UK's two main political parties, the Conservatives and Labour, look likely to be able to form a majority administration, so another coalition arrangement appears on the cards. But whichever party, or combination of parties, holds the reins after the election will still face the same task of cutting fossil fuels, especially coal, out of energy production to meet binding EU targets, while recognising that no new nuclear capacity will be available until 2023 at the earliest. 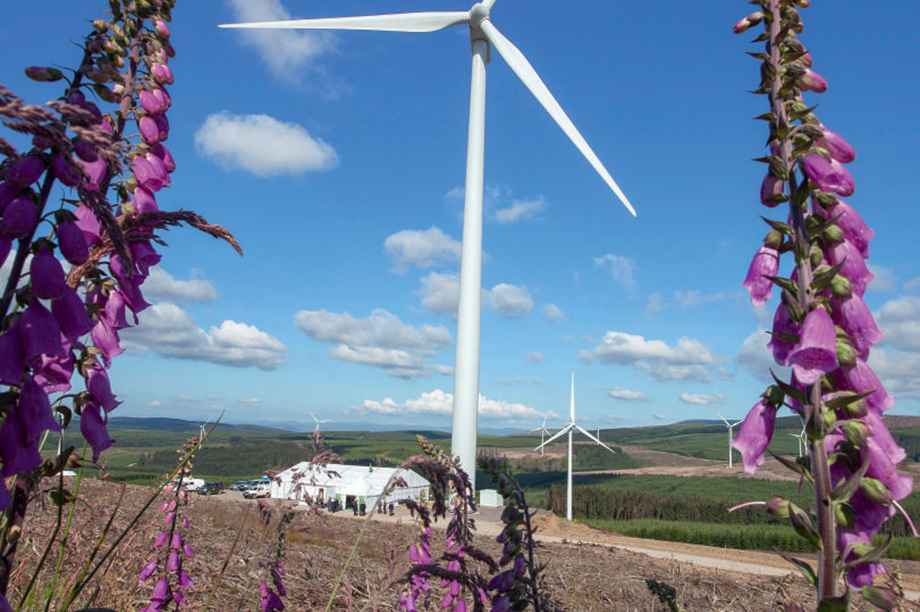