Record 4.75GW onshore wind installations demonstrated what the industry is capable of, and underlined the favourable political climate for wind energy in many German federal states

Bavaria's introduction of new minimum distance restriction for turbines, effectively requiring a setback of up to two kilometres. An appeal against the law is in progress

Debate on future energy market design, and on new measures to allow wind and other renewables generation to be better integrated into the wholesale market

Onshore wind is due to grow by a net 3.5-4GW in 2015, according to an estimate from German wind energy association BWE, which takes repowering into account. The surge in installations that began last year and is likely to continue into 2016 has been made possible by many state governments allotting new areas for onshore wind generation in their regional spatial-planning procedures following the Fukushima nuclear disaster in 2011, says BWE president Hermann Albers.

New onshore wind installations in Germany reached 4.75GW in 2014, amounting to a net increase of 4.39GW when the 364MW of dismantled capacity in repowering projects is taken into account. This raised the onshore wind fleet to more than 38GW, according to Deutsche WindGuard data jointly commissioned by BWE and engineering federation VDMA's power systems division.

Onshore wind growth in the previous five years had been roughly 2-3GW a year. Although BWE has praised the substantial planning and development work involved, it has expressed reservations. "Continuous and less abrupt expansion of wind energy is essential for the success of manufacturing and of the energy transition, where power, mobility and heating have to be considered together." The growth in 2014 exceeded forecasts because wind developers were racing to beat the new, less attractive support rules introduced by last August's Renewable Energy Act, according to BWE.

In the offshore sector, up to 2GW of capacity may be connected to the grid this year alone, raising overall capacity at the end of 2015 to about 3GW. The 108MW Riffgat and 288MW Meerwind Sud/Ost projects began full operation in 2014, while commissioning started at the 288MW DanTysk, 400MW Global Tech One and 295MW Nordsee Ost projects.

Construction of the 200MW Borkum West 2 phase 1 was completed in 2014 but its grid link was delayed. Construction was already underway in 2014 of the 288MW Butendiek, 312MW Borkum Riffgrund 1 and 288MW Amrumbank West projects in the North Sea, and the 288MW Baltic 2 in the Baltic Sea.

Ironically, both onshore and offshore wind expansion has been capped under the new law. Onshore wind is restricted to a growth corridor of just 2.4-2.6GW a year. If the corridor is exceeded, which looks likely in 2015 and 2016, wind energy support is reduced.

Offshore wind is capped at 6.5GW by 2020 and 15GW by 2030. The government's plan to set the support rate for onshore wind energy through an auction system from 2017 will allow annual wind energy growth to be even more closely controlled by fixing the amount of capacity put up for auction in each tender. Offshore projects with a guaranteed grid allocation before the end of 2016, and commissioned before the end of 2020, are excluded from the planned auctioning. 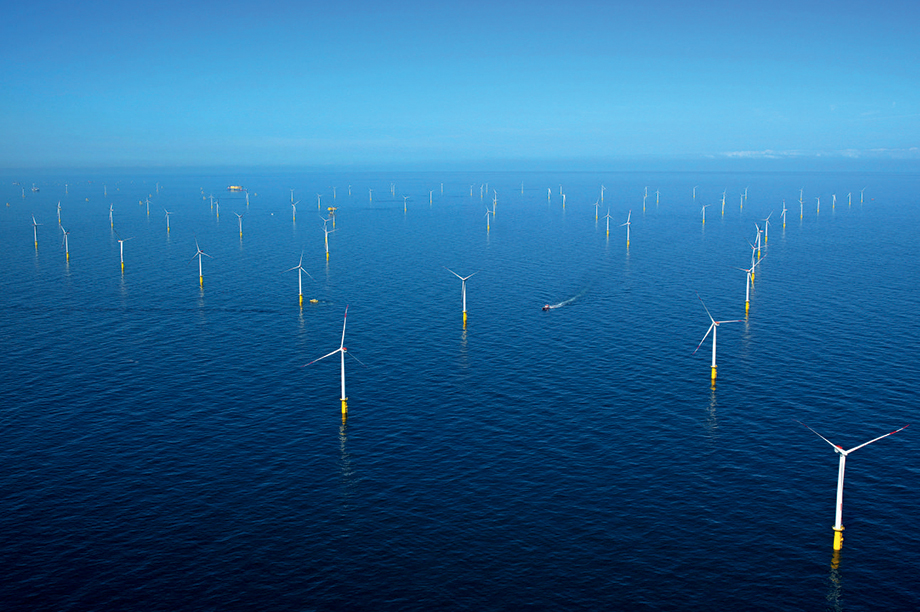