To expect a better performance than 2013 was not, perhaps, a very difficult forecast given how far wind growth had slumped that year. But it is fair to say that recover from that disappointing year has been even better than expected with new installed and online capacity coming close to 50GW. 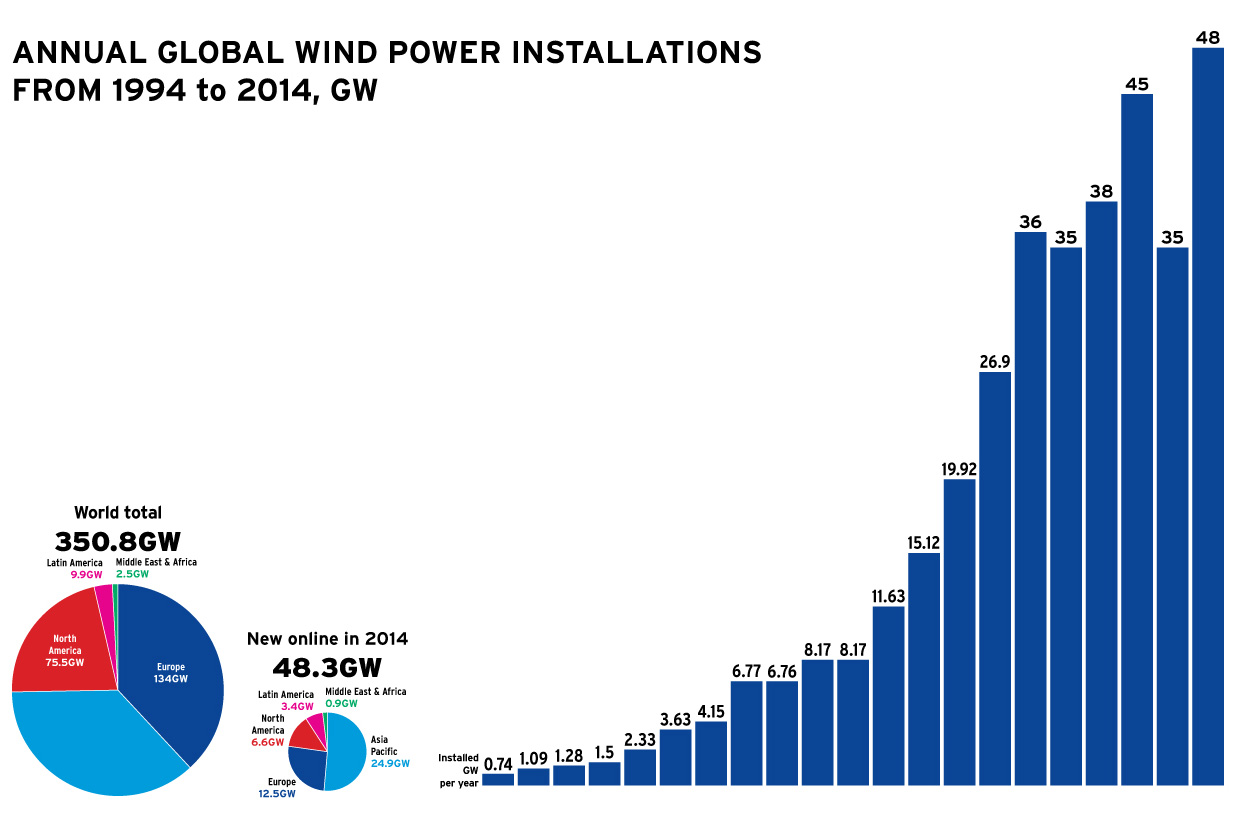 Several factors have combined for 2014's performance. Some well-established markets, the US and Germany among them, underwent a burst of activity as developers rushed to beat deadlines before reduced support mechanisms kick in. Others, such as Brazil and India, are being driven by more environmental concerns. In Brazil's case this is the continued drought that is playing havoc with its hydro resources; in India it is the air pollution that, apart from affecting the health of its people, is cutting crop yields by half in some areas.

China, no stranger to air pollution, continues to lead the way in wind-power development, adding more than 21GW in 2014, nearly half the year's global total. But we have come to expect that scale of growth from the country in recent years. Less expected was the progress made by new and emerging markets. Mexico, Chile and Uruguay installed nearly 1.5GW between them last year; Morocco and South Africa showed substantial gains.

It was not, however, a great year for offshore wind, with less than 2GW installed and half of that by just one country, the UK. China's offshore sector, once widely predicted to be really on the march by this stage, remains stuck in limbo due to insufficient financial support. Hopes that the US would have something in the water by now are still unfulfilled. Northern Europe, it would seem, will continue to be champions of offshore wind for some time to come.

In the attached articles, Windpower Monthly's international correspondents provide analysis and comment on all the world's major wind markets and their prospects for the coming year.

Some figures have been rounded, so there may be minor discrepancies between the sum of a set of data and the overall stated total.