The 3,185MW worth of wind turbine contracts represent 1,590MW per month. If this is sustained during 2015, then the total installed capacity will rise by more than 18GW over the year.

Geographically, North America leads the way with over 1GW ordered in Q4 by early December, confirming that activity there is likely to be healthy. The momentum in Brazil looks set to be maintained, with 242MW ordered during that period. Sweden, Poland and Canada also fare well. The other market where activity is picking up is India, where recent changes to the renewable-energy support framework are encouraging significant orders. A total of 322MW were announced in October, with both Suzlon (150MW) and Gamesa (172MW) reporting deals for a number of unnamed projects.

Click map for larger view of turbine orders for Q4 2014. 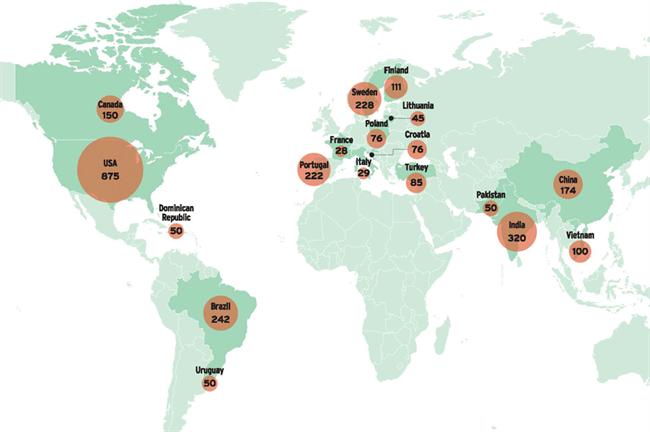