Orders with a capacity of 550MW were recorded in North America during November 2014, according to data from Windpower Intelligence, the research and data division of Windpower Monthly. The largest turbine deal recorded during the month was for 200MW of Vestas turbines for the South Plains project in Texas.

Europe’s steady showing is explained by a greater number of smaller projects. The market showed some growth as it continues to show signs of recovery.

There was a drop off in Latin American deals, with only 50MW banked. The A-5 power auction fell at the end of the month, but the related turbine purchase agreements are expected to be recorded in December.

Despite the US activity, GE only took 84MW in orders over the month, down from 275MW in October. Other than the order for the South Plains wind farm in the US, Vestas’s 590MW of deals through the month had a wide geographical spread, with orders coming from countries including Sweden, China and Dominican Republic.

Acciona felt the drop off in Brazilian orders, with no orders in November, compared with 300MW in October. 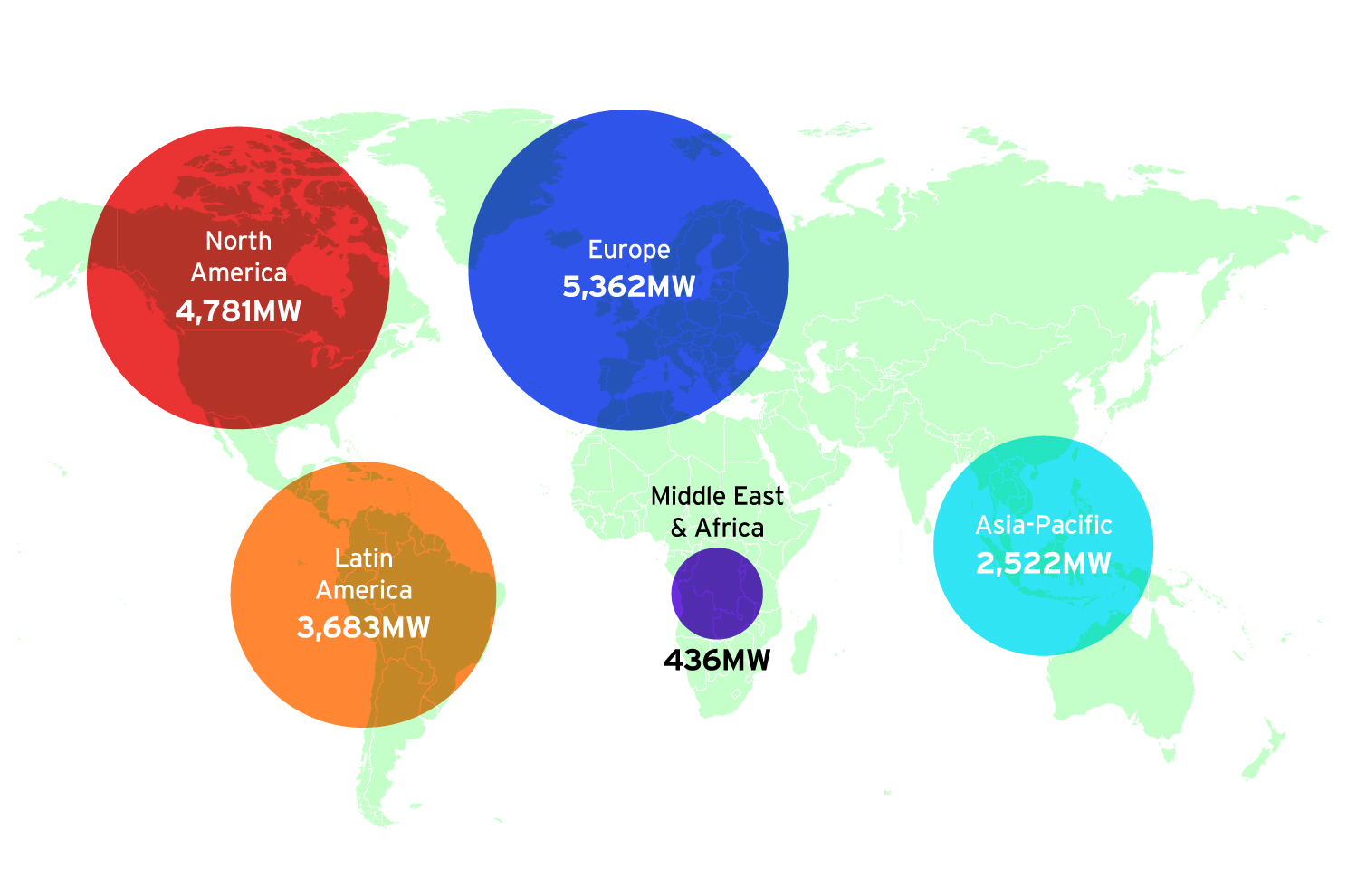 Latin America continues to boom with 2.2GW in orders over the last 12 months. But there are concerns over whether it will last. The recent A-5 power auction in Brazil, the region’s largest market, favoured thermal power over wind. In total, 4GW of gas and coal contracts awarded.

The world’s largest markets, the US and China, continue to dominate. Danish manufacturer Vestas picked up 400MW in orders from the US in November taking the US total to almost 4.6GW in orders over the last year.

Canada has had a better month than October, registering 191MW, thanks largely to the 150MW turbine purchase deal, with developer Innergex contracting Senvion to supply 50 3.2MW turbines to the Mesgi’g Ugju’s’n project in Quebec. 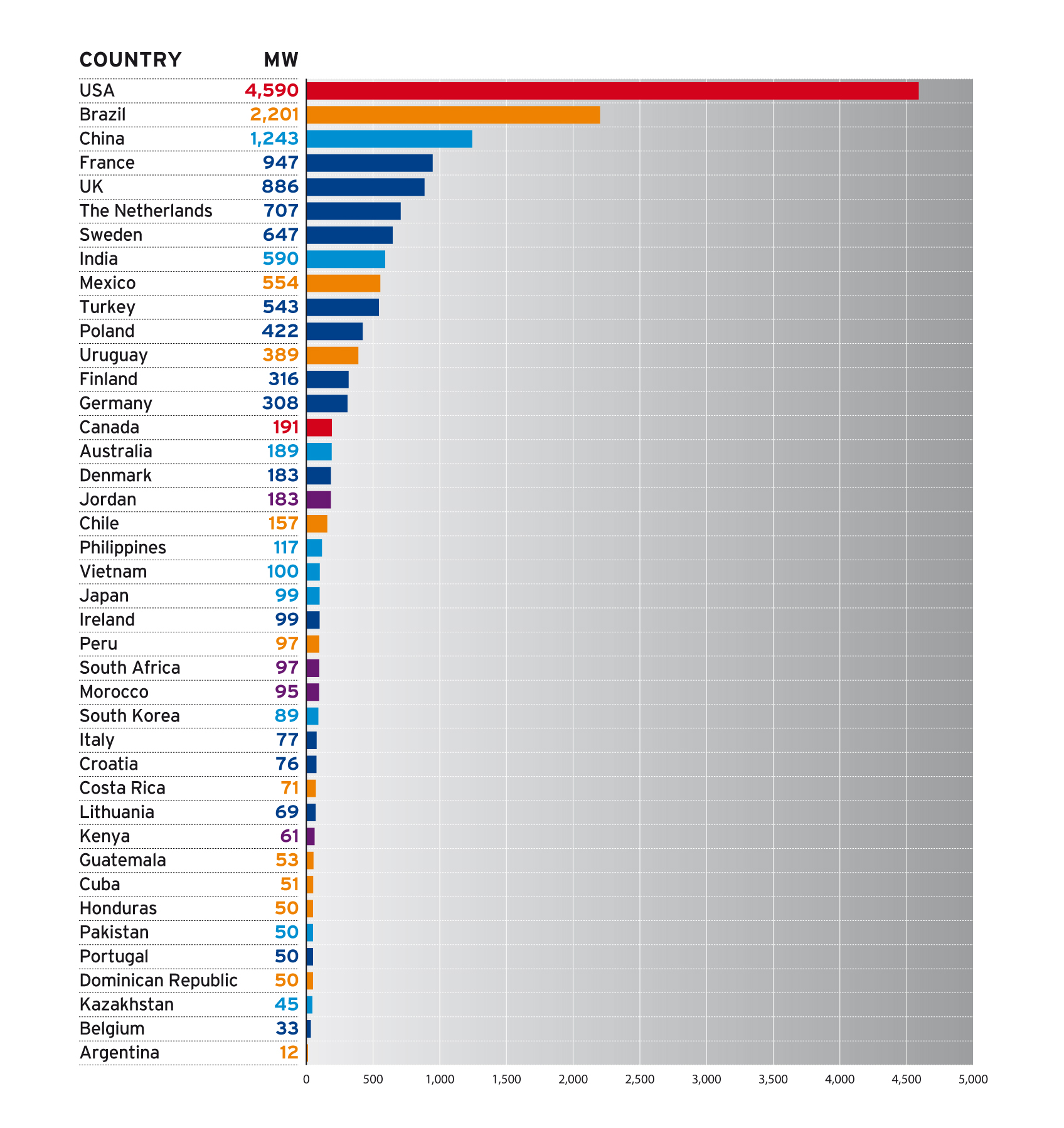