November's project activity in North America shows a significant drop on last year, according to data from Windpower Intelligence, the research and data division of Windpower Monthly. The 30% fall is largely down to the flurry of activity a year ago, as developers rushed to start construction before the expiry of the production tax credit (PTC) on 31 December 2013. This year there was been no such target to achieve during November, as the extension remained in the balance. But with the PTC being finally approved for extension to include projects achieving construction start before the end of 2014, December's ultimate figures may increase as a result. 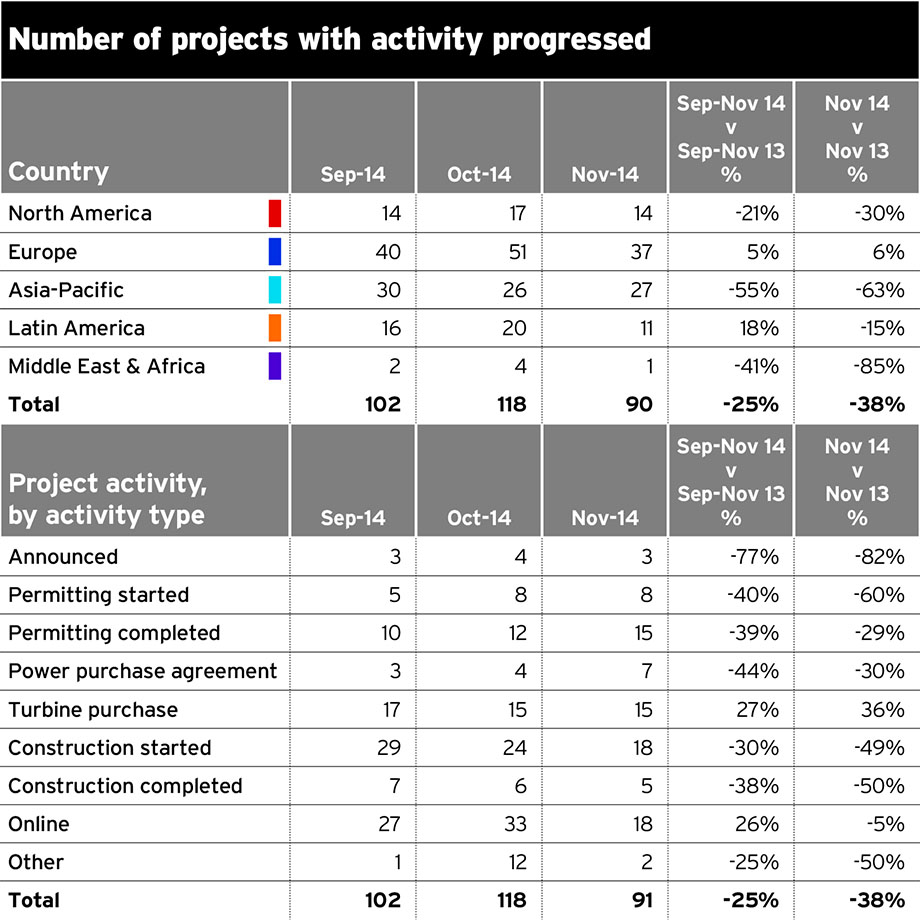 While Asia Pacific has seen a temporary drop off, all indications are that the strength of the Chinese market will see this rectified over the next few months.

Europe went against the grain, with a 6% increase in reports in November as the region showed further signs of recovery. This is despite exceptions such as Spain, where the regulatory changes finally introduced earlier this year continues to have a negative effect on installations.

There has been a 36% increase in turbine purchases globally this month compared with the same period last year. Behind this is a spike in activity in Europe, with a number of medium sized deals being signed including a 45MW deal for Nordex in Lithuania.

The fall in announcement of new project plans and those starting construction globally are largely accounted for by a drop off in activity in the US, again linked to the rush to start this last year to meet the previous PTC deadline, and the uncertainty over the renewal of the subsidy. All eyes will now be on figures for December following the extension of the PTC early in the month. 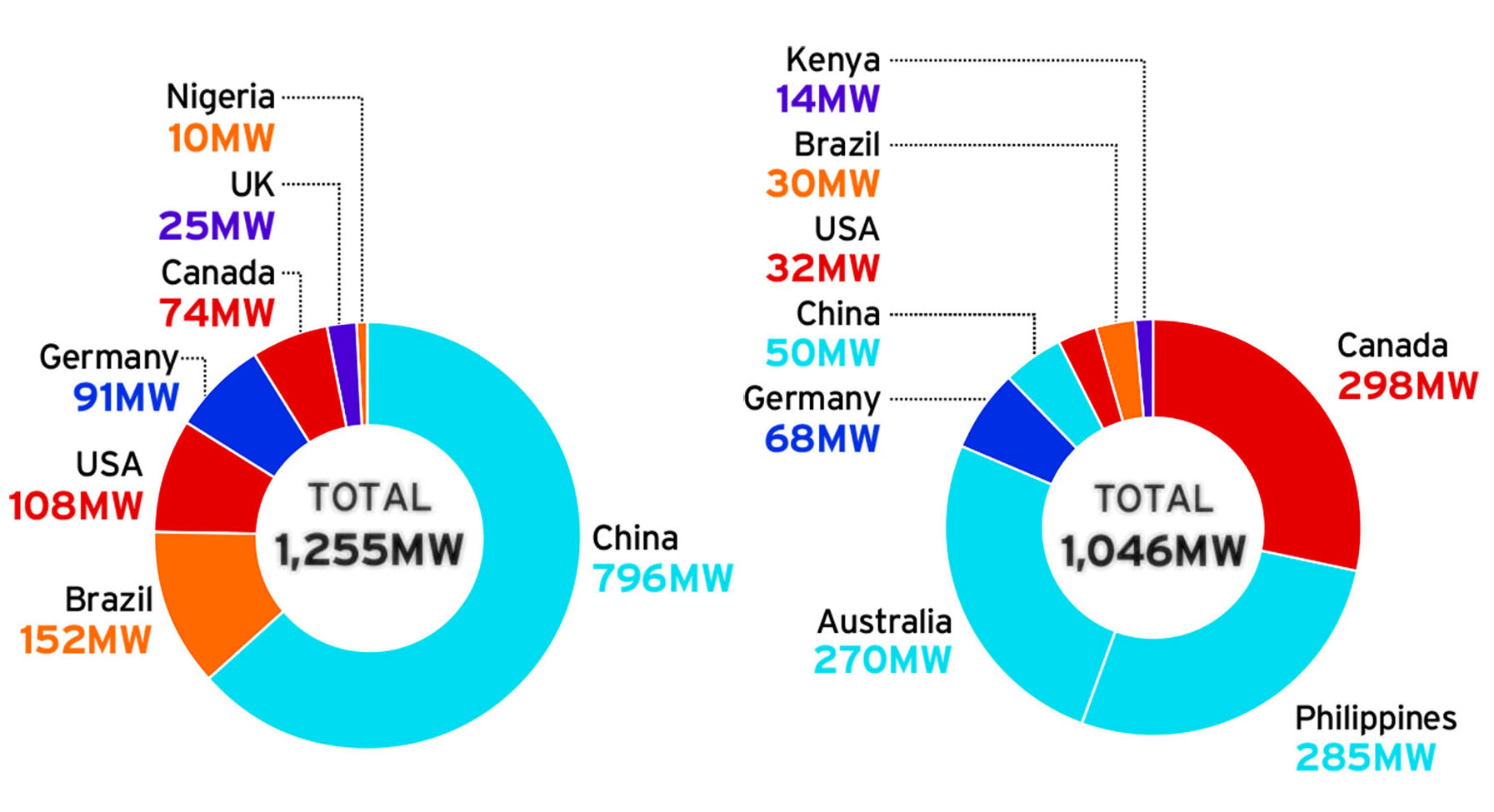 Elsewhere, China was also responsible for all new construction in the Asia-Pacific region.

Construction in Europe has dropped off since October, most likely affected by a turn in the weather as it enters the winter months. 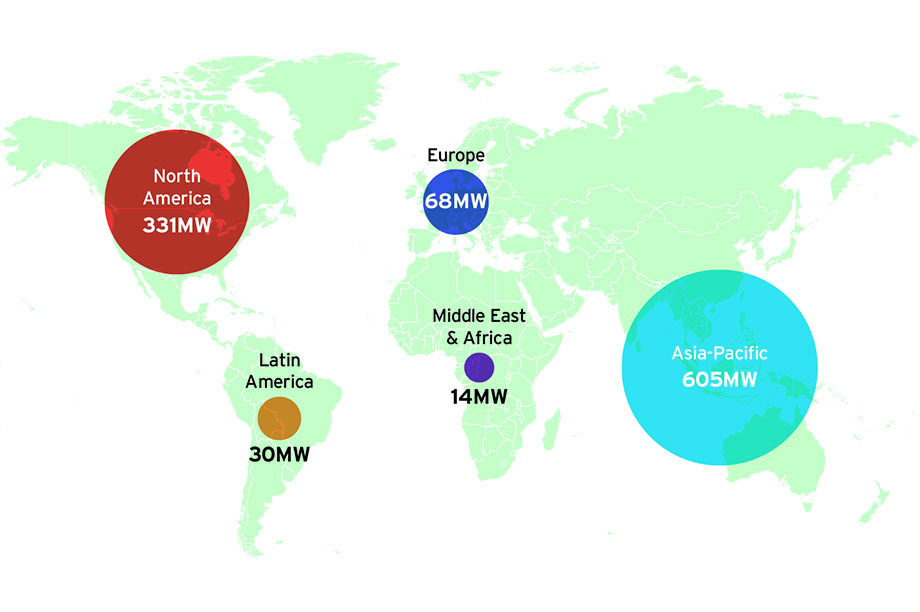 The bulk of capacity to come online in Asia-Pacific (605MW) comes from the Philippines (285MW) and Australia (270MW). The 270MW Snowton project, owned by Trust Power, in South Australia was commissioned last month.

The small European capacity to be brought online is part of the natural cycle of the industry as it winds down towards the winter period.