The group said the tests, which took in transport and installation, were in line with its previous predictions. The 1:60 scale prototype started testing at Marin in November.

Monobase's design allows a fully integrated turbine and foundation structure to be towed to the project site. The largely hollow base structure is used as a buoyancy aid for transportation and then lowered down the tower using ballast to secure the foundation in place on the seabed. 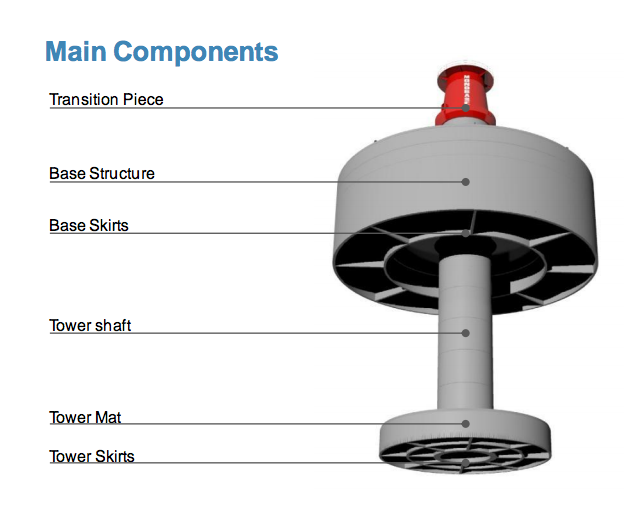 Transportation analysis, when tested with six metre waves, showed accelerations of less than 1.1 metre per second squared at nacelle height.

Monobase said that the foot of the foundation moved "within acceptable limits" during the installation phase, with wave limits of two metres. It also claimed that the lowering of the base structure was more controllable than expected.

"The next steps for our company is to execute detailed studies for clients, and to design the Monobase for specific locations, environmental conditions and turbine specifications," the company said in a statement.

Jan Groot, director of projects at Monobase, has previously claimed the foundation has attracted attention from the industry. He said representatives from EDF and Siemens were planning to visit Marin to see the foundation in testing.

Monobase Wind is a consortium made up of engineering firm Orca Offshore, decommissioning specialists PBConsultants and investment firm Venture Counsels.