Lessons learned from the vehicle sector - from business organisation to assembly-plant layout - are becoming more common in wind, a trend that has already spread across much of the manufacturing world.

As the wind industry matures and the market slows, former auto executives have been brought in to slash turbine manufacturing costs and help shape a leaner and meaner future. Vestas, Siemens, GE Energy and Envision have all gone down this route, in some cases with fanfare, in others more quietly. But the best example of how a wind-power manufacturer has turned itself around with imported know-how from the vehicle industry is provided by Gamesa.

Since 2012, three of the Spanish firm's top executives have been imported from senior roles in the automotive business. Executive chairman Ignacio Martin, business CEO Xabier Etxeberria, and chief financial officer Ignacio Artazcoz, have all transferred from the automotive components sector (see FROM WHEELS TO TURBINES, below)

Under their management, Gamesa, which also develops and sells wind farms, has adopted several ideas originating from car makers that have helped the company return to profitability. These concepts are part of what are known as Toyota-style lean principles, which means continually reducing any activity that does not add value for the end customer.

In terms of specific ideas taken from the auto industry, Gamesa says it has streamlined its business processes; adopted greater emphasis on platform-based product development; brought in simultaneous engineering during product development; outsourced components with an increasing emphasis on "make or buy" decisions; and introduced U-shaped cells on the assembly floor rather than straight-line manufacturing - an idea that originated with Swedish car-makers Volvo and Saab in the 1970s.

Priorities set in the company's 2013-2015 business plan have been eliminating overlaps, reducing corporate units and facilitating quick decision-making. Since December 2011, Gamesa has axed 1,307 jobs, trimming the workforce by 17% to 6,268, and has closed 12 of 34 manufacturing plants.

Andrew Gottschalk, a former professor at the London Business School who has worked extensively in the car industry, reviewed Gamesa's business plan for Windpower Monthly. He noted the emphasis on changing internal processes. "They are closing the efficiency gap," he said. "They are saying, when we tripped up, we were not as efficient as we could have been."

Etxeberria, Gamesa's business CEO, says the company has adhered to lean principles by reorganising around 50 business processes into four groupings to ease communication, increase efficiency and provide a better product. The groups are: developing and launching new products; offering quotations for customers; executing projects with a multi-functional/multi-regional approach, with each of the company's worldwide regions leading business processes according to a global standard; and continuous improvement of these approaches.

Regarding new products, Gamesa is now emphasising development based on its three existing platforms - the sub-megawatt platform, the 2-2.5MW, and the 5MW onshore/offshore. "Platformisation" is a concept adopted about 15 years ago in the auto industry to reduce engineering costs, time to market and product cost, Etxeberria says. The latest generation of VW Golf is very similar to the model of ten years ago, he notes.

"Previously we launched new products each year," adds a Gamesa spokeswoman. "Nowadays we launch evolutions and improvements of existing products because it makes no sense to develop, from scratch, new products each year." Executive chair Martin boasted as long as a year ago that Gamesa had slashed product development time from four years to 18 months. That was done by relying more on existing platforms, says the spokeswoman.

This approach allows a company to buy parts in volume more cheaply and reduce the costs and time for qualifying and bringing on suppliers of radically different components, says Aaron Barr, a Make Consulting analyst. "This strategy has been increasingly adopted by most wind turbine manufacturers in recent years," he adds.

Could platformisation mean that Gamesa is left behind if there is a technological breakthrough in the industry? "No, because wind technology is already a mature technology," says Gamesa's spokeswoman.

Gamesa has rapidly increased its outsourcing and is doing so even more in 2014, according to a company presentation of its 2013 financial results, released in February. This offers flexibility when deciding whether to "make or buy", depending on the project location, local-content requirements or the inventory on hand.

As a pure-play manufacturer with a global market, Gamesa was historically one of the most vertically structured wind companies. Less outsourcing typically allows variable costs to be controlled in a robust growing market, but it can be a hindrance as markets fragment because fixed costs are too high, notes Barr.

Previously, Gamesa had made almost all of its own components, but as of February, it sourced 30% in-house and 70% externally, says a spokeswoman. Outsourcing allows a Toyota-style "just in time" production strategy, in which inventory is ordered and the product completed exactly when needed. But more outsourcing also means a company can only grow as fast as its suppliers can ramp up capacity, cautions Yiyi Zhou, a China-based wind analyst at Bloomberg New Energy Finance.

Another lean concept Gamesa has adopted is simultaneous engineering during product development, which simply means that teams work at the same time on different tasks, such as validation or certification. "[Previously at Gamesa], every phase had to be finished in order to be able to start the next one," says the spokeswoman. The teams can now collaborate, and the whole process is quicker, she adds.

Gamesa has introduced U-shaped cells in all of its 22 manufacturing plants. This means that some of the workers on the factory floor are grouped in work areas organised as a U. Different products can be made in the same cell, and hourly production has increased as a result, says Etxeberria. The company declined to provide specifics, such as what tasks are performed in this way or the number of workers in a cell.

Group cells, which a number of wind companies have adopted, typically mean that employees are cross-trained and can work on two or three different products. They can move around inside the cell, and cover for each other when needed, says Gottschalk. Cells tend to be good for morale, and reduce fatigue because of multi-tasking, he adds. But they can be harder to introduce successfully in certain cultures, such as China and India, where there is less "group culture," he adds. In China, for example, company structure has conventionally been more authoritarian.

Wind-turbine manufacturing in general was ripe for change. Dwindling subsidies in key markets and competition from manufacturers in China have changed the stakes. All of a sudden, established players had to concentrate on being more efficient, says Willy Shih, professor of management practice at Harvard Business School.

Lean principles have been embraced across manufacturing in general. From the late 1990s and early 2000s, car makers widely adopted the idea, which originated with Toyota four or five decades earlier. Today, almost all sectors - including the wind industry - are using the "Toyota production system" and other car-industry expertise. "We have really gone through a revolution in manufacturing in the last 20 years," says Shih. "And anyone from the auto industry has gone through introducing these ideas." That includes executives from components companies, who deal frequently with the major manufacturers, he adds. Even so, the car industry remains the one that has gained most insight into lean production, in part because its assembly line is one of the most complex, says Gottschalk.

Gamesa seems to be well on the road to recovery. Its reliance on auto ideas comes as the company reported a net profit of EUR49 million, compared with a EUR 501 million loss the year before - despite a 12% fall in revenue in 2013 to EUR 2.3 million and turbine sales of 1.95GW, 8% less than in 2012. Significantly, Gamesa reduced its fixed costs by 19% more than promised in its restructuring plan; they were cut by EUR 119 million in 2013 compared with 2011, and by EUR 65 million compared with 2012.

As executive chairman Martin said during Gamesa's 2013 earnings call in February: "We are no longer fundamentally a manufacturing company. We're an integrated company where manufacturing is not the most relevant factor.... We are a technological R&D product development company."

Martin has also noted bluntly, when referring to Gamesa's slashed time for product development, that it imported an idea that the car industry has been using for a decade and a half. It seems that perhaps the market had to contract and China had to emerge as a force before Gamesa - and other established turbine manufacturers - were forced to join the paradigm shift that has brought us lean manufacturing. 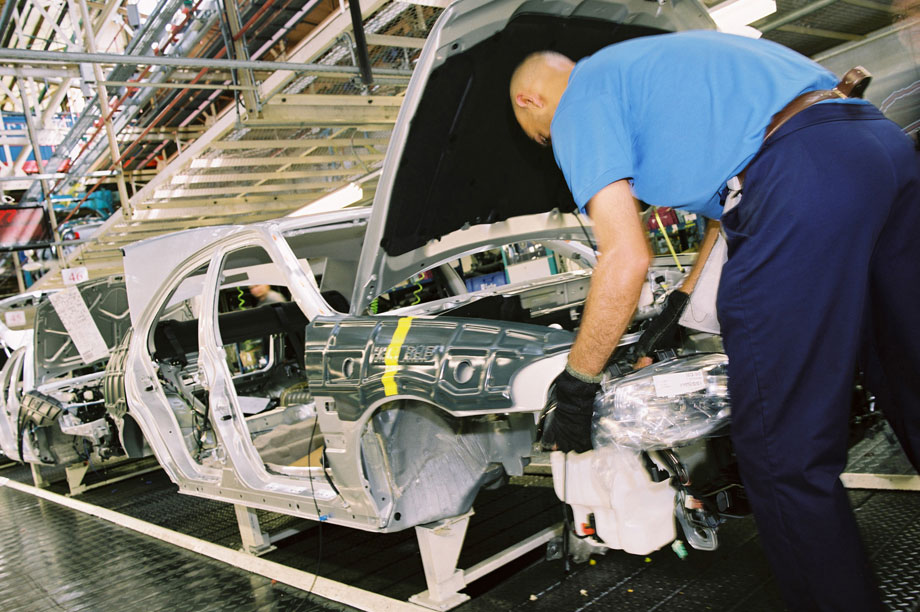 FROM WHEELS TO TURBINES – THE AUTO PERSONNEL DRIVING WIND

Gamesa's executive chairman Ignacio Martin, appointed in May 2012, had worked for GKN Automotive, a car components firm, where he had held various positions, including head of the US and the Americas, based in Detroit. He had also run CIE Automotive, which supplies vehicle components and sub-assemblies.

Gamesa's number-two, business CEO Xabier Etxeberria, arrived at Gamesa shortly after Martin. He also worked for GKN, including as managing director of its driveline division. And the company's new chief financial officer, Ignacio Artazcoz, arrived in January from CIE Automotive. Previously, he was with the Spanish subsidiary of German car components supplier ZF Sachs.

Vestas' chief operating officer, Jean-Marc Lechene, is a former executive of the Michelin tyres group. During Vestas' high-profile restructuring, he was tasked with reducing production costs. The Danish company's chief financial officer for the past year, Marika Fredriksson, worked for Autoliv in Sweden, a supplier of auto safety components, and for Volvo Construction Equipment.

Vestas has imported various ideas from the auto sector, says spokesman Peter Gisselmann. Over the past two years, it has outsourced various functions and divested production units, including foundries and machining factories. This has cut manufacturing and sourcing costs, he says.

Ferlemann was credited with importing best practices from the truck industry, such as reducing the number of turbine platforms so that parts could be more standardised and more often outsourced.