Over the next few months, Vestas will monitor the turbine's performance to validate reliability and energy output.

The prototype, with a 140-metre tower and a tip height of 220 meters, is installed at the national test centre for large wind turbines in Østerild, Denmark. 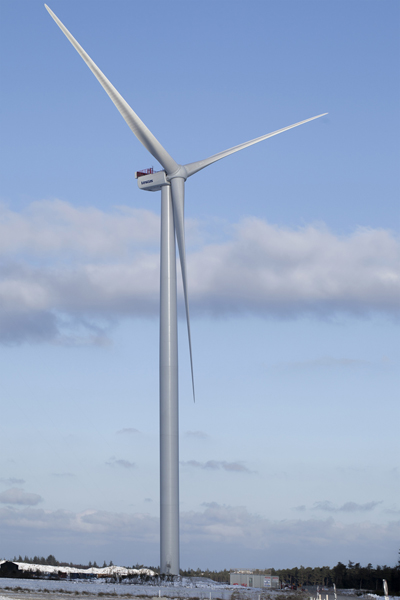 Vestas said it will be ready to enter serial production in 2015, given the necessary pipeline of orders.

The machine is now the most powerful wind turbine in operation in the world, although other manufacturers are in the process of making larger turbines.

The V164 will be central to the joint venture formed between Vestas and Mitsubishi Heavy Industries in September to develop and market offshore turbines.