The prototype, XE115-5000, was rolled off the production line on 21 October 2010 in Xiangtan, central China’s Hunan province. It was designed by subsidiary Darwind.

It was shipped to the Netherlands in May this year. Installation was completed on 27 June at Wieringerwerf Wind Farm, a national pilot wind farm in northern Netherlands.

The XEMC turbine is China’s largest direct-drive permanent-magnet turbine. It is the first XEMC wind turbine installed in overseas areas.

The turbine wind rotor is 100 metres above the ground and blades measure 115 metres in diameter.

XEMC says that after the tests, the turbine will be connected to the grid in September this year.

So far, it has an annual production capacity for 1,100 wind turbines of various sizes. 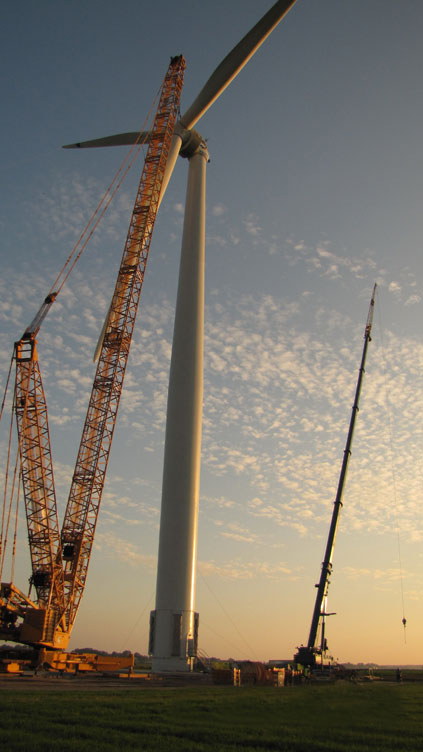