The Federal Energy Regulatory Commission has ruled that companies investing in the project are eligible for a 12.59 percent return on their equity investment. 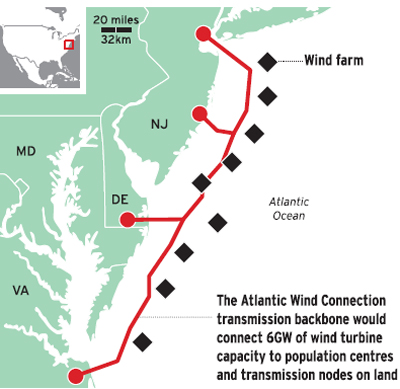 Under the current plan the AWC consists of two power lines with a total 6GW capacity running from northern New Jersey to Norfolk, Virginia.

Speaking to Windpower Monthly about the AWC, Google green operations director said: "It also has a transformational impact. We're talking about allowing 6GW of wind to connect in an intelligent way. That's more than what was installed in the US last year. And yet it's only a small step to reaching the potential for that region, which is 60GW."