Speaking at the launch, Vestas president Ditlev Engel said the V164 "represented the biggest research and development investment Vestas had made".

Although the turbine is an evolution of the V112, Vestas Technology president Finn Stromm Madsen said there were a number of highlights. 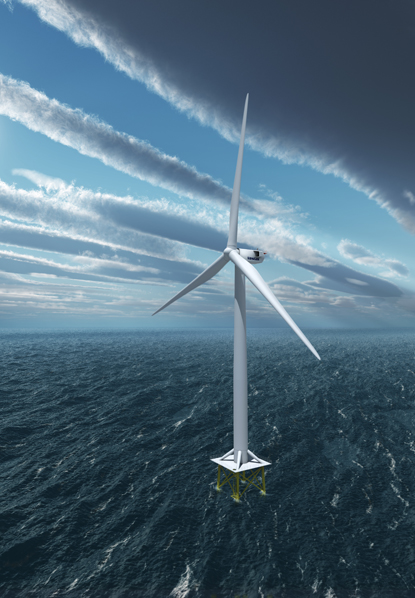 Most notable among these is the 164 metre diameter blades and a swept rotor area of over 21,000 sq metres. It also claimed 80% would be made from recycled material.

However, contrary to current industry trends, Madsen said the turbine would be geared rather than direct drive.

Explaining the decision, Madsen said independent research had proved that gears were still reliable and that many failures were down to electrical systems. He also pointed out the difficulties in sourcing rare-earth metals needed for direct drive systems.

The tip height of the turbine will be 187 metres. It has been designed for depths of no more than 45 metres.

The product was launched in London, primarily as a way of targeting the 33GW Round 3 offshore plans. Vestas also said the V164 was principally being targeted at the European market.

Engel said the turbine would need a new manufacturing base although no decision had been made on where this will be based. He said is likely to be dependent on where the orders are placed.