The 2012 wind energy breakdown for new capacity across the markets is: 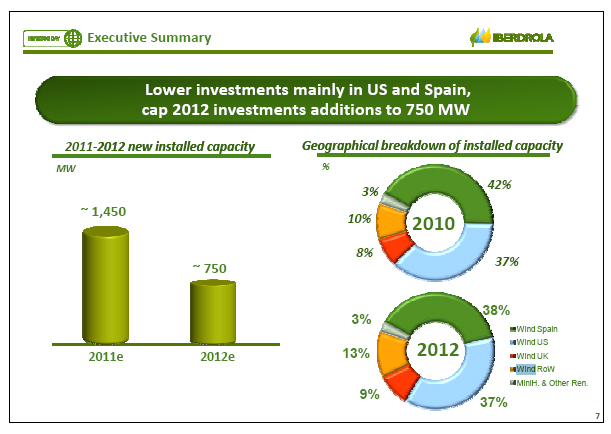 Last month, Iberdrola announced a €2.87 billion net profit for 2010, the highest in its history, with its renewables division contributing €360 million.

The company said its renewables division Iberdrola Renovables recorded a gross operating profit of €1,455 billion, an increase of 9.8%.