The report, produced by the University of Maine and the DeepCwind Consortium, analysed New England energy markets and said that a goal of 8-10 cents/kWh by 2020 is achievable.

Also, floating wind turbines may be cheaper than erecting towers on the sea floor. This is because foundationless platforms would be lighter and could be assembled onshore, reducing costs.

The report studied the feasibility of an initial 30MW offshore project and larger commercial-scale wind farms of 100-300MW off the coast of Maine.

The study was funded by $1 million from the US Department of Energy. It looked at issues including economics and policy, grid integration and environmental research.

The report has been produced following the request for proposals issued in September by Maine’s public utilities commission for a floating wind project of up to 30MW.

Developers must also demonstrate the capacity to later develop a project of 100MW or more. The deadline for proposals is May 1. 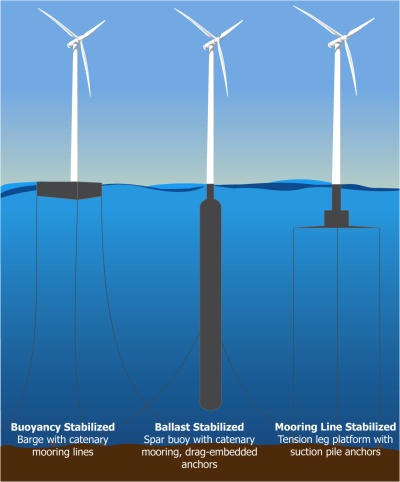