It seems the development of large-capacity offshore turbines is one of the prevailing fashions in the wind. In recent months, Clipper Windpower, Siemens, AMSC, GE and Goldwind have launched projects this year. While last week, a Spanish group, led by Gamesa, announced it is working on a 15MW offshore turbine for 2020.

Currently the biggest projects likely to appear in the near future are in the 10MW range. These include Clipper Windpower’s 10MW Britannia turbine and Sway Turbine’s 10MW turbine, which is partly funded by the Norwegian state-owned company Enova. Out of these, the latter is notable not only as it will be used in deep-water sites, but because of Sway’s relative inexperience in manufacturing turbines on a large-scale. 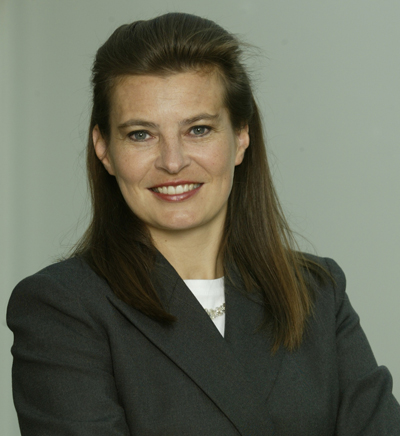 Sway Turbine’s sister company to Sway is developing a tower that both floats and tilts, allowing the turbine to sit in deep water and hold a heavier load. While the turbine itself, which is handled by Sway Turbine, is being designed for both onshore and offshore applications.

"The major part of the funding is in place, including substantial support from the government, so the prototype of the project will start for real now," Arntsen says. "The plan is to have the prototype complete by late 2012.

"It will be placed onshore to ease monitoring. Then the turbine will be tested for a couple of years before we hope to have it available commercially in time for Round 3 in the UK in 2014-2015."

She says the turbine will include a number of new design features and will be innovative enough to offer an alternative to Round 3 competition from the likes of Siemens and Gamesa. She remained tight-lipped about what this might entail. However, there appears to be innovations in a variety of areas, including blades, and a direct drive generator, rather than one particular breakthrough.

The obvious aim behind developing a large-capacity turbine, is to create cost savings in areas like maintenance and grid connection. "There needs to be a lower cost per kWh. That’s what we’re doing. With our design we’ve found a way to produce 10MW but with what is effectively a 5MW turbine design concept but at lower costs."

The idea of a 10MW turbine captured headlines when it was announced. Nowadays, although it beats the more modest plans of Siemens, GE et al, the figure is dwarfed by the 15MW Azimut project. Arntsen laughs about the continual increases in capacity but says there is no reason why anyone should stop at 10MW.

"With our concept there’s no real physical limit. 5MW or 6MW is as much as you can do in a conventional design because of weight and design stress."

However, the development of offshore is as dependent on modernising the grid as large capacity turbines. In Arntsen’s mind, this more than anything else will determine how offshore develops as a substantial wind energy resource.

One interesting aspect of Sway Turbine, is the work sister company Sway is doing in developing floating towers. In this case, its tilting design allows it to carry a greater load.

"I don’t think deep water is a stumbling block. Some countries have shallow water, some have deep. There won’t be one overriding technology, each location will have individual needs," Arntsen says. "A major challenge is the grids and transmission of the power which will be produced offshore."

But for Arntsen, her immediate challenge, in addition to overseeing the prototype, is to bring in strategic partners to help with the next stage of development. "We now have to prove that it’s working full scale.

"For the next step of the commercialisation we’re looking for industrial companies that have renewable ambitions but don’t have their own technology yet, or haven’t made their minds up what area they’d like go into whether it is solar or wind, etc."

There are a number of turbine manufacturers looking to set up facilities in the UK, ahead of Round 3. However, if the Sway turbine comes through testing and can prove it has the reliability to match the likes of Siemens SWT 3.6MW turbine, then could offer developers an interesting alternative.